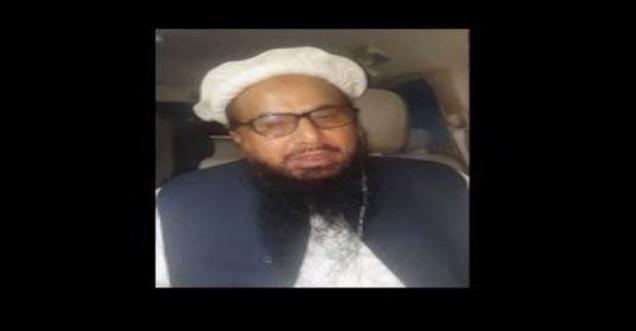 Pakistan, Hafiz Saeed: Finally the pressure works on Pakistan, the Jamaat-ud-Dawa (JuD) Chief and four others are under house arrest, under detention under an Anti-Terrorism Act and see whom he blames below.

The Pakistan government launched a crackdown against the JuD chief and a huge number of police was deployed around the Jamaat-ud-Dawa (JuD) headquarter and offices in Muridke and Lahore.

Recently the Newly elected United States president talked to Indian Prime Minister Narendra Modi and seeing Pakistan’s old way of working style it can be seen that the Pakistan Chief Nawaz Sharif wants the US attention towards them, especially of Donald Trump who is highly against terrorism. This sudden surprise move by Pakistan can be seen in such a way as well.

Pakistan government's action comes amidst pressure from the Trump administration to act against terror.

Meanwhile  Hafiz Saeed house arrested! and he blames Modi and trump. It is funny till now only the Indians used to blame Modi for each and every thing, now people from neighbouring countries as well started blaming Modi.

The recent reports of JuD Ban are due to Indian pressure. In case of any such ban,  we will go to courts for justice #OurcrimeKashmir

India and enemies of Pakistan are against CPEC and  stability of Pakistan. They consider us a hurdle #OurcrimeKashmir

National flags were hoisted at the Jamaat-ud-Dawa (JuD) offices in Lahore, instead of party flags, on the directives of provincial home department, local media reports said. The provincial authorities have also started to remove the banners of Jamaat-ud-Dawa (JuD) from the roads of Lahore, the reports said. Nadeem said the Pakistani government had been under pressure from the United States to take action against Saeed or face sanctions. "This government has buckled under the pressure," he said.

In 2012, the United States (US) announced a bounty of $10 million on JuD chief Hafiz Saeed for his alleged role in the attack in which six American citizens were also killed.