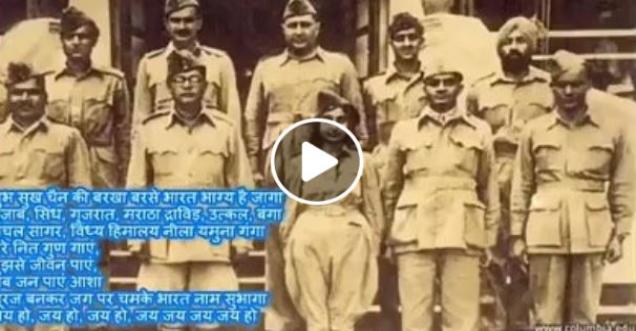 Viral Claim: Original national anthem that Subhash Chandra Bose used to sing along with the soldiers of Aazad Hind Fauj (Indian National Army) and later which was tweaked by Rabindranath Tagore to welcome George V, and which was later recognized as the national anthem by every government.

Listen to the original national anthem that Subhash Chandra Bose used to sing along with the soldiers of Aazad Hind Fauj (Indian National Army) and later which was tweaked by Rabindranath Tagore to welcome George V, and which was later recognized as the national anthem by every government. 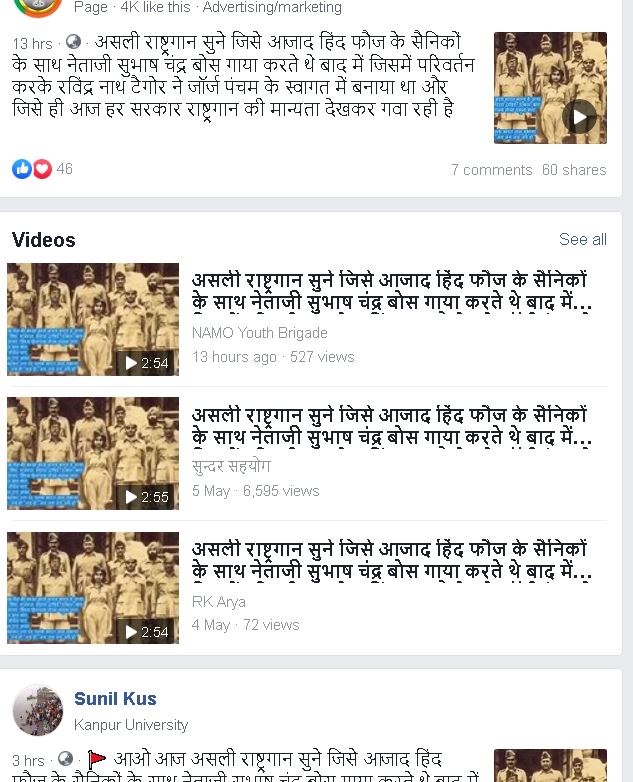 Jana Gana Mana, was first sung in the Calcutta Session of the Indian National Congress on December 27, 1911. It was officially adopted by the Constituent Assembly as the Indian national anthem on January 24, 1950. Though written in Bengali, the language used was sadhu Bengali or tatsama Bengali which was heavily sanskritised.

The Indian National Army was an armed force formed by Indian nationalist Rash Bihari Bose in 1942 in Southeast Asia during World War II. Its aim was to secure Indian independence from British rule.

So the claim that Jan Gan Man or the National Anthem was first sung by Subhash Chandra and for his army is not correct.

Subh Sukh Chain (Hindi: शुभ सुख चैन) was the national anthem (Qaumi Tarana) of the Provisional Government of Free India (Arzi Hukumat-e-Azad Hind). The song was based on a Bengali poem Jana Gana Mana (the complete song) by Rabindranath Tagore. After Netaji Subhash Chandra Bose shifted to Southeast Asia from Germany in 1943, he with the help of Mumtaz Hussain, a writer with the Azad Hind Radio and Colonel Abid Hassan Saffrani of the INA, had rewritten Tagore’s Jana Gana Mana into Hindustani Subh Sukh Chain for being used as the national anthem.

There is another controversy as to whether the Indian national anthem “Jana Gana Mana“ was written by Rabindra Nath Tagore in praise of God, or as sycophancy in praise of the British King George the fifth. ... mingles in the music of Yamuna and Ganges and is chanted by the waves of the Indian Sea. 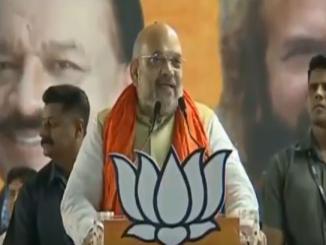 AAP Leaders shares misleading claim of Amit Shah, stay for 5 Five Minutes To Listen To Him 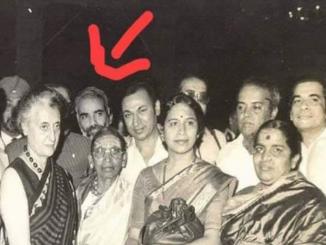