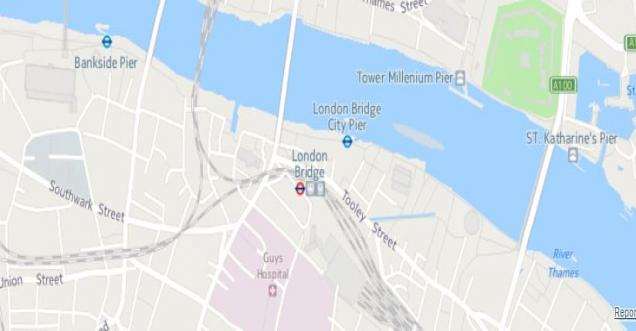 London: Just before the Indo-Pak match three separate incidents have created a panic among the people of London. A man drove a van on the walking people on a London Bridge. Two other areas were also attacked. The police have called this a terrorist attack. Police have killed 3 assailants involved in the London attacks.

After attacking people with a knife in the city's Boro Market, the terrorists attacked the people walking on the London Bridge with their fast-paced vechicle. The London Police has confirmed the killing of 6 people in both of these attacks. This figure of the number of dead can also increase. Many people have also been injured in both these incidents. The injured have been admitted to nearby hospitals.

At the same time, the dreaded terrorist organization ISIS has taken responsibility for these attacks. On one side in London where the wave of grief has risen. At the same time, ISIS is celebrating the attacks in London.

The London Metropolitan Police said that there were also incidents of attack by a knife in the Boro Market and Vauxhall near the London Bridge.

Metropolitan Police tweeted that officials were sent to the spot after the incident in Vauxhall. Prime Minister Theresa said that she is in touch with the police and security forces in connection with these cases and these attacks can be considered a terrorist attack. Theresa said, the investigation is progressing very fast. I would like to thank the Police and Emergency Services, who are on the spot. Our condolences are with the victims.

The Metropolitan Police say that London Bridge and Boro Market was a terrorist incidents, but it seems that the incident in Vauxhall has nothing to do with both these incidents. According to the BBC's report, London Bridge was closed after this incident. The routes of buses have been changed and nearby Southwark Bridge has also been closed.

BBC reporter Holly Jones says that a man was driving a van and the speed of the van was 50 miles per hour. Jones was present at the time of the incident. Jones said, the van went just in front of me and hit five to six people. Van attacked two people in front of me.

A couple of witnesses to the London Bridge incident said, "We saw a man, he was attacking another man with a knife." He attacked him three times with a knife. Facebook has activated its safety features. It has been named The Attack in London, United Kingdom.