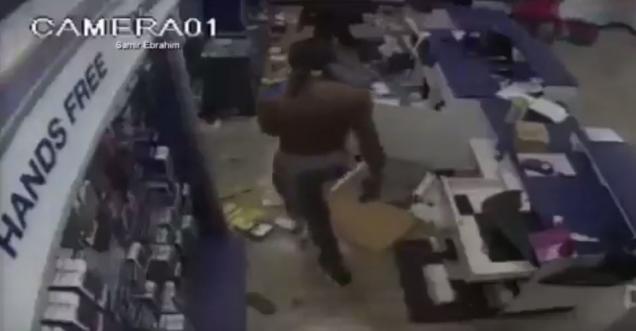 USA: While thousands of people were attempting to be rescued from the Houston area following the catastrophic flooding brought by Hurricane Harvey, some people show this as a opportunity to steal and loot from stores.

As per the Houston Police Chief Art Acevedo, so far, four people have been arrested for looting in the area as of Monday. The security footage from a store appears to show several more ransacking an empty store closed due to the floods.

Theft video of the security footage from the store in the video below:

Apart from this video, there is another Twitter post on Sunday appears to show a group of people exiting what appears to be an electronics store in the area.

In the video, two people can be seen carrying flat-screen TVs through the parking lot while a person in a nearby vehicle films the video.

EYEWITNESS: Disgusting sight in #Houston as looters make away with televisions while police battle to save lives during historic flood pic.twitter.com/LEg8sUosvd