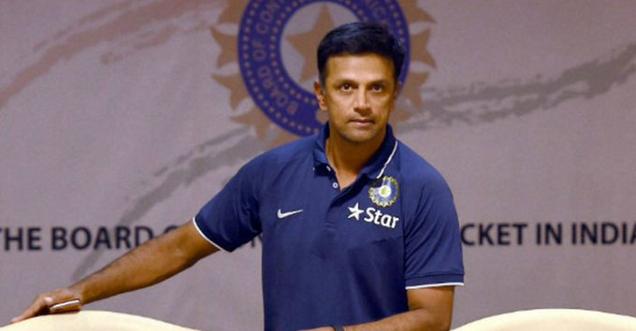 Mumbai: There are speculations that former captain Rahul Dravid may take over as Indian cricket team’s head coach with the incumbent Ravi Shastri not keen on renewing his contract after the T20 World Cup in the UAE in October-November.

According to a report in The Indian Express, Shastri, bowling coach Bharat Arun, batting coach Vikram Rathour and fielding coach R Sridhar are looking to part ways with the Virat Kohli-led team.

The report added that they have already informed some members in the Board of Control for Cricket in India (BCCI). Shastri’s contract ends after the T20 World Cup. He was made India’s full-time coach in 2017 after Anil Kumble’s exit over differences with skipper Kohli.

The BCCI has already advertised for the post of Head of Cricket at the National Cricket Academy (NCA) in Bengaluru, the position currently held by Dravid. His tenure will end next month. If he wants he can reapply.

Now, the question is whether Dravid will apply for the position of the national coach. Both Ravi Shastri and Rahul Dravid’s names were trending on Twitter on Wednesday (August 11) with most of the fans excited at the prospect of Dravid taking the reins of Indian cricket.

Recently, Dravid was on the tour of Sri Lanka as the head coach. The Shikhar Dhawan-led side won the ODI series but lost the T20I rubber. Previously, Dravid has been India A and India Under-19 coach and guided many youngsters.

When asked about being India's coach on a full-time basis, Dravid had said in Sri Lanka, “I have enjoyed the experience of working with these guys, it has been great. I have not given any other thoughts to anything else. There are a lot of challenges in doing full-time roles, so I really don’t know.”