Compared to many countries of the world that have been affected by COVID-19, fewer people have died due to this infection in India. 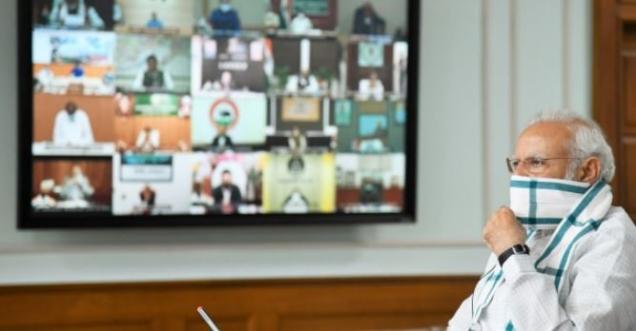 Compared to many countries of the world that have been affected by COVID-19, fewer people have died due to this infection in India. It is being discussed a lot. Some people are talking about the secret of such a low mortality rate, while some say that India seems to be able to save itself from the deadly attack of coronavirus. Many people are questioning fewer deaths in major Indian cities than the global hotspots of Coronavirus.

The first positive case of COVID-19 infection in India was recorded two months ago. But since then, this country with the world's second-largest population has recorded more than 31,000 cases of coronavirus infection. So far, more than 1008 deaths have occurred here due to this infection.

To understand how the deaths from Coronavirus are increasing in India, it has to be seen that in how many days they are doubling. Currently, deaths in India are doubling every nine days. By April 25, there were 825 deaths here, while on April 16, these deaths were almost half of them.

Experts say that it is a great relief for India because, in this stage of infection, the number of deaths in New York is reaching double in two or three days.

Many experts and professionals in the public health sector say that if infections and deaths in India are under control, then the stringent lockdown that has been going on for more than a month should be appreciated. The medical journal Lancet has also confirmed this and said that the lockdown has proved to be effective in flattening the growing graph of infection.

At the same time, some people are also guessing that the virus is not spreading here as fast due to the hot weather of India, as fast as in the cold weather western countries. However, these claims and speculations have not been confirmed yet. In contrast, doctors treating serious patients of COVID-19 say that the coronavirus spread in India is as contagious as it can be in any other country. So is it to be believed that India is really far behind in deaths due to coronavirus?

Is the number of deaths due to less testing in India less?

Some people do not agree with this. Siddhartha Mukherjee, an American doctor and cancer specialist of Indian origin, recently told journalist Barkha Dutt, " He says the data on Hydroxychloroquine has not been promising but elaborates on the trials involving Remdesivir. In India, Dr. Mukherjee says the numbers of fatalities have made India an outlier but "it's a mystery, and Science does not have the answer to this yet." On lifting the lockdown anywhere, he says "be guided by science, not emotion."

. "He clearly used both tests - digenetic (used to identify infectious people) and an antibody test (test of infected and cured person). We're pointing to a big question is whether India is unable to detect the deaths from COVID-19.

Many countries affected by coronavirus infection have inadvertently under-reported deaths. After a study of the death toll, the New York Times found that there were at least 40,000 deaths in the US in March during infection with coronavirus. These deaths included Covid-19 along with other causes.

The Financial Times recently analyzed deaths in 14 countries during the coronavirus infection. According to the newspaper, deaths due to coronavirus maybe 60 percent more than official figures. However, India was not included in the study of the 'New York Times' and 'Financial' Times.

Reporting difficulty in 80% of deaths in homes in India

Dr. Prabhat Jha says that 80 percent of deaths in India still occur in homes. These include deaths from infectious diseases such as malaria and pneumonia. Deaths during childbirth, heart attacks, and accidental deaths are often reported from hospitals. Many people get treatment for some time. They then return and die in their homes.

Therefore, only by counting the deaths from the hospital, we cannot find out how many people have actually died due to COVID-19 in India.

It is quite complicated and difficult to find out the exact figure of deaths by keeping an account of the corpses brought to the crematorium or tombs. In large parts of India's villages and remote areas, dead bodies are cremated in the open. There is no cremation ground or fixed cemetery. A very small population of Indians has a special facility for the funeral.

Use of mobile phones for an accurate record of deaths?

Experts believe that in the absence of a strong surveillance system in India's public health system, mobile phones can be used to monitor deaths. Influenza deaths can be reported from mobile to find out if these deaths were related to COVID-19.

85 crore people in India use mobile phones. They can be emphasized to give information about any unusual death in their village on a toll-free number. After this, the officials can contact the family and take oral information about death.

The science of counting deaths in India has never been accurate.

One crore people die every year in India. The 'Million Death Study' found that some deaths are exaggerated (eg the number of premature deaths from HIV in India in 2005 was one lakh, just a quarter of WHO estimates).

The Government of India itself has admitted that only 22 percent of deaths in India are certified by doctors. There is also a question of how to define the death of COVID-19. Some Indian doctors say that many people are dying of symptoms of Covid-19. But he was neither tested nor received treatment. In this way, the question of the wrong diagnosis also arises. Often, the wrong diagnosis also becomes the cause of death. Professor Jean-Louis Vincent of Erasmi University Hospital in Belgium told me that there have been under-reporting of COVID-19 deaths in many countries including India. He says "When someone tells you that a person had a fever or a respiratory problem before death, you think it could be a death caused by COVID-19. "