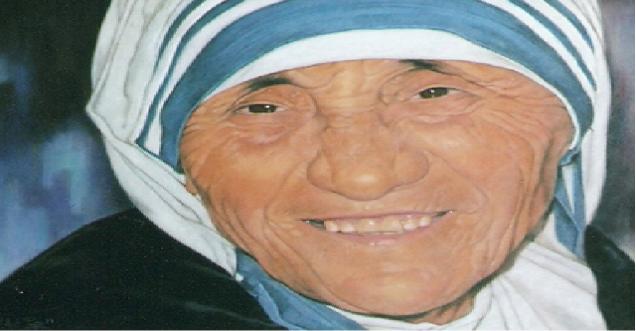 Mother Teresa, a Catholic nun who devoted her life to helping India's poor, has been declared a saint in a canonization Mass held by Pope Francis in the Vatican. However many don’t see he in such way. It is often said she presented a wrong image of Kolkata around the world, like any other human being some of the criticism she also faced.

Criticism from the media

An Indian-born physician and writer living in Britain, Aroup Chatterjee, who had briefly worked in one of Mother Teresa's homes, began investigations into the finances and other practices of Teresa's order. In 1994, two British journalists, Christopher Hitchens and Tariq Ali, produced a critical British Channel 4 documentary, Hell's Angel, based on Chatterjee's work.

The next year, Hitchens published The Missionary Position: Mother Teresa in Theory and Practice, a book that repeated many of the accusations in the documentary. Chatterjee himself published The Final Verdict in 2003, a less polemic work than those of Hitchens and Ali, but equally critical of Teresa's operations.

After Indian Prime Minister Indira Gandhi's suspension of civil liberties in 1975, Mother Teresa said: "People are happier. There are more jobs. There are no strikes." These approving comments were seen as a result of the friendship between Teresa and the Congress Party. Mother Teresa's comments were even criticised outside India within the Catholic media.

Baptisms of the dying
Mother Teresa encouraged members of her order to secretly baptize dying patients, without regard to the individual's religion. Susan Shields, a former member of the Missionaries of Charity, writes that "Sisters were to ask each person in danger of death if he wanted a 'ticket to heaven'. An affirmative reply was to mean consent to baptism. The sister was then to pretend that she was just cooling the patient’s head with a wet cloth, while in fact she was baptizing him, saying quietly the necessary words. Secrecy was important so that it would not come to be known that Mother Teresa’s sisters were baptizing Hindus and Muslims."

Critics such as Murray Kempton have argued that patients were not provided sufficient information to make an informed decision about whether they wanted to be baptized and the theological significance of a Christian baptism. Simon Leys, defending the practice in a letter to the New York Review of Books, wrote: "Either you believe in the supernatural effect of this gesture – and then you should dearly wish for it. Or you do not believe in it, and the gesture is as innocent and well-meaningly innocuous as chasing a fly away with a wave of the hand."

Questionable relationships
In 1981, Teresa flew to Haiti to accept the Legion d'Honneur from the right-wing dictator Jean-Claude Duvalier, who years later, after his ousting, was found to have stolen millions of dollars from the impoverished country.
In The Missionary Position, Hitchens leveled criticism at what was perceived to be Mother Teresa's endorsement of the regime of Enver Hoxha in Socialist Albania. She had visited Albania in August 1989, where she was received by Hoxha's widow, Nexhmije, Foreign Minister Reis Malile, Minister of Health, Ahmet Kamberi, the Chairman of the People's Assembly Petro Dode, and other state and party officials. She subsequently laid a bouquet on Hoxha's grave, and placed a wreath on the statue of Mother Albania. However, her supporters defended such associations, saying she had to deal with political realities of the time in order to lobby for her causes.

She accepted money from the British publisher Robert Maxwell, who, as was later revealed, embezzled UK£450 million from his employees' pension funds. There is no suggestion that she was aware of any theft before accepting the donation in either case. Criticism does focus on Teresa's plea for leniency in the Charles Keating case, where Keating was charged with fraud following high-profile business failures. Keating donated millions of dollars to Mother Teresa and lent her his private jet when she visited the United States. She refused to return the money, and praised Keating repeatedly.

She supported Licio Gelli's nomination for the Nobel Prize in Literature. Gelli is known for being the head of the Propaganda Due masonic lodge, which was implicated in various murders and high-profile corruption cases in Italy, as well as having close connections with the neo-fascist Italian Social Movement and the Argentine Military Junta.

Chatterjee stated that the public image of Mother Teresa as a "helper of the poor" was misleading, and that only a few hundred people are served by even the largest of the homes. In 1998, among the 200 charitable assistance organizations reported to operate in Calcutta, Missionaries of Charity was not ranked among the largest charity organisations–with the Assembly of God charity notably serving a greater number of the poor at 18,000 meals daily.

Chatterjee alleged that many operations of the order engage in no charitable activity at all but instead use their funds for missionary work. He stated, for example, that none of the eight facilities that the Missionaries of Charity run in Papua New Guinea have any residents in them, being purely for the purpose of converting local people to Catholicism.

She was sometimes accused by Hindus in her adopted country of trying to convert the poor to Catholicism by "stealth". Christopher Hitchens described Mother Teresa's organisation as a cult that promoted suffering and did not help those in need. He said that Mother Teresa's own words on poverty proved that her intention was not to help people, quoting her words at a 1981 press conference in which she was asked: "Do you teach the poor to endure their lot?" She replied: "I think it is very beautiful for the poor to accept their lot, to share it with the passion of Christ. I think the world is being much helped by the suffering of the poor people.

In 1991, Robin Fox, editor of the British medical journal The Lancet visited the Home for Dying Destitutes in Calcutta (now Kolkata) and described the medical care the patients received as "haphazard". He observed that sisters and volunteers, some of whom had no medical knowledge, had to make decisions about patient care, because of the lack of doctors in the hospice. Fox specifically held Teresa responsible for conditions in this home, and observed that her order did not distinguish between curable and incurable patients, so that people who could otherwise survive would be at risk of dying from infections and lack of treatment.

Fox conceded that the regimen he observed included cleanliness, the tending of wounds and sores, and kindness, but he noted that the sisters' approach to managing pain was "disturbingly lacking". The formulary at the facility Fox visited lacked strong analgesics which he felt clearly separated Mother Teresa's approach from the hospice movement. Fox also wrote that needles were rinsed with warm water, which left them inadequately sterilized, and the facility did not isolate patients with tuberculosis. There have been a series of other reports documenting inattention to medical care in the order's facilities. Similar points of view have also been expressed by some former volunteers who worked for Teresa's order. Mother Teresa herself referred to the facilities as "Houses of the Dying".

In 2013, in a comprehensive review covering 96% of the literature on Mother Teresa, a group of Université de Montréal academics reinforced the foregoing criticism, detailing, among other issues, the missionary's practice of "caring for the sick by glorifying their suffering instead of relieving it, … her questionable political contacts, her suspicious management of the enormous sums of money she received, and her overly dogmatic views regarding, in particular, abortion, contraception, and divorce". Questioning the Vatican's motivations for ignoring the mass of criticism, the study concluded that Mother Teresa's "hallowed image—which does not stand up to analysis of the facts—was constructed, and that her beatification was orchestrated by an effective media relations campaign" engineered by the anti-abortion BBC journalist Malcolm Muggeridge.

As an image of colonialism and racism

In an essay in the collection White Women in Racialized Spaces, historian Vijay Prashad said of Mother Teresa:

Mother Teresa is the quintessential image of the white woman in the colonies, working to save the dark bodies from their own temptations and failures. [...] The Euro-American-dominated international media continue to harbor the colonial notion that white peoples are somehow especially endowed with the capacity to create social change. When nonwhite people labor in this direction, the media typically search for white benefactors or teachers, or else, for white people who stand in the wings to direct the nonwhite actors. Dark bodies cannot act of their own volition to stretch their own capacity, for they must wait, the media seem to imply, for some colonial administrator, some technocrat from IBM or the IMF to tell them how to do things. When it comes to saving the poor, the dark bodies are again invisible, for the media seem to celebrate only the worn out platitudes of such as Mother Teresa and ignore the struggles of those bodies for their own liberation. To open the life of someone like Mother Teresa to scrutiny, therefore, is always difficult. [...] Mother Teresa's work was part of a global enterprise for the alleviation of bourgeois guilt, rather than a genuine challenge to those forces that produce and maintain poverty.

Mother Teresa died in 1997. Despite her request that all writing and correspondence be destroyed, a collection was posthumously released to the public in book form. Her writings revealed that she struggled with feelings of disconnectedness, that were in contrast to the strong feelings she had experienced as a young novice. In her letters Mother Teresa describes a decades long sense of feeling disconnected from God and lacking the earlier zeal that had characterized her efforts to start the Missionaries of Charity. As a result of this, she was judged by some to have "ceased to believe" and was posthumously criticized for hypocrisy.

The Showtime program Penn & Teller: Bullshit! has an episode titled "Holier than Thou" that was released in 2005, which criticises Mother Teresa, as well as Mahatma Gandhi and the 14th Dalai Lama. The show criticises Mother Teresa's relationships with Charles Keating and the Duvalier family, as well as the quality of medical care in her home for the dying. Christopher Hitchens appears on, and narrates, some of the episode. 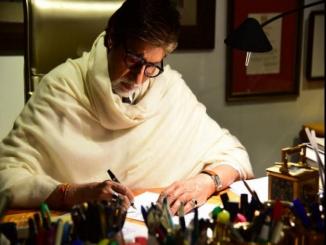 A letter from Amitabh Bachchan to Navya and Aardhya