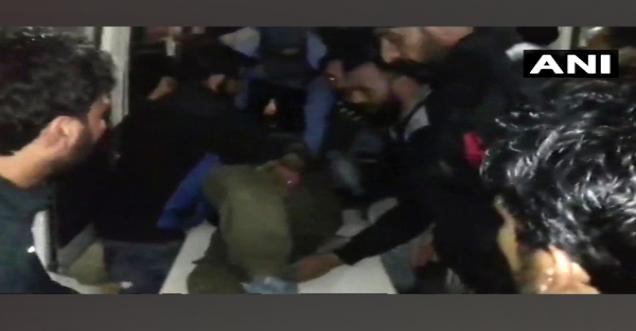 Anantnag (Jammu and Kashmir) [India], April 5 : Wreath-laying ceremony was conducted on Wednesday for the two Police Force">Central Reserve Police Force (CRPF) personnel who were killed when their vehicle met with an accident after being attacked in Anantnag district of Jammu and Kashmir.

The ceremony was held for Nisar Ahmad Wani and Reyaz Ahmad Zargar of 164 Battalion in District Police Lines (DPL) Anantnag.

The last rites of the CRPF personnel, whose mortal remains were handed over to their family members, would be conducted shortly.

Yesterday, the CRPF vehicle came under stone pelting by the locals in Hillar Arhama village of Kokernag in Anantnag district. After the attack, the driver lost control and the uncontrolled truck hit the motorcycle of CRPF personnel, which was moving ahead of the truck.

In the same incident, three CRPF personnel were also injured.

Our heartfelt condolences for the two CRPF men that we lost today in Kokernag https://t.co/AKQHZRzfXJ pic.twitter.com/8G1C9WKQYX

Floral tributes were paid to HC. Nisar and Ct. Riyaz of 164 Bn. CRPF at DPL Anantnag, who lost their lives in the line of duty. @crpfindia @crpf_srinagar @JmuKmrPolice @KashmirPolice pic.twitter.com/buV4AUTLT7