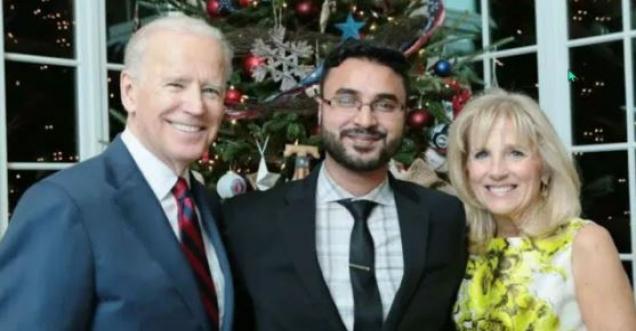 News Claim: The image is getting viral on social media with the caption, America's new President, Joe Biden has appointed Indian-origin's Ahmed Khan as his political advisor. Here one thing to notice is that Ahmed Khan is an Indian and has his roots from Hyderabad.

News Verification: On searching Google reverse image, we found these pictures in a tweet dated 15 December 2015. Majlis Bachao Tehreek Party spokesperson Amjad Ullah Khan tweeted these photos. Please tell that Majlis Bachao Tehreek is a political party of Telangana. According to the tweet, Ahmed Khan, the grandson of the party's foundation Aman Ullah Khan, took part in the reception of the then Vice President Joe Biden. These pictures are from the same ceremony.

Ahmed Khan said, “The claim being made in the tweet is wrong. I have not been elected as a political consultant. These photos are of an event at Biden's home in Washington DC's US Naval Observatory. The reception was held in December 2015 to appreciate the efforts made by the draft draft team. "
According to the BBC report, the Supreme Court has declared Joe Biden as the winner. But Joe Biden cannot replace President Trump immediately because the process has several stages. In these, the newly elected leader is given time to like cabinet ministers and make plans. According to a BBC report, Biden will take the oath of office on 20 January. In addition, Elected President Biden has started his work by creating a website 'BuildBackBetter.com'.