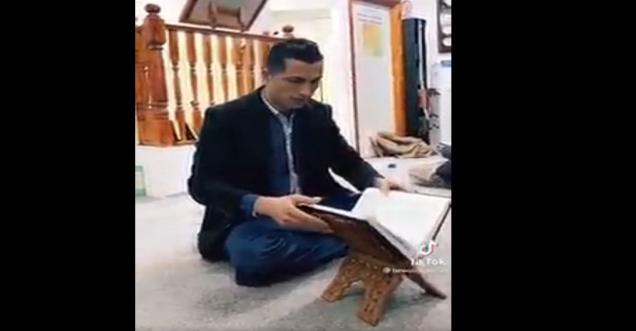 News Claim: A video is viral on social media where a man can be seen reading Quran in a mosque, the title of the message says, “Cristiano Ronaldo Reciting Quran”

News Verification: The claim is not true. The picture has been shared on Twitter, Facebook handles and has attracted over 1lakh views and lots of shares on social media.

The below image from the Instagram post is of Cristiano Ronaldo, he looks totally different from the above image.

As per thesun, Biwar Abdullah left Iraq in 2019 after becoming somewhat of a local celebrity due to his likeness to the Portuguese forward. Biwar told The Sun: “I am Kurdish, from northern Iraq, when I am at home I get a lot of attention, people stop me in the street and they ask for pictures, I don’t mind it, I always stop for people. Most think I am Ronaldo straight away, it’s a nice feeling, I wish I had half the skill he does