In social media, the news is viral where Bollywood actress claims in an interview that she was forced by Shiv Sena to cast a vote for Shiv Sena during the Loksabha election in 2019. 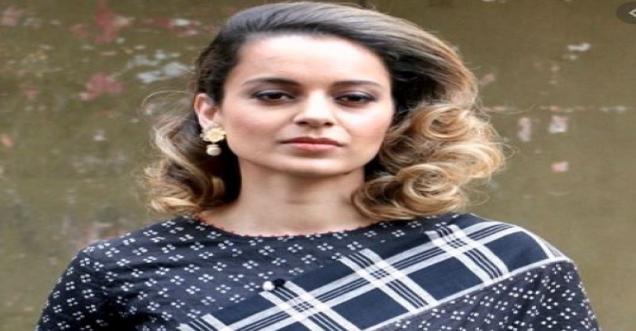 News Claim: In social media, the news is viral where Bollywood actress claims in an interview that she was forced by Shiv Sena to cast a vote for Shiv Sena during the Loksabha election in 2019.

Kangana Ranaut claims that she was “forced” to vote for Shiv Sena due to the party’s alliance with the Bharatiya Janata Party (BJP). “I am a BJP supporter, why should I vote for Shiv Sena?” she recalled her experience voting from Bandra. “See I don’t understand politics, I am very naive. I don’t know why these groups happen but I was forced to put my hand on the Shiv Sena button because there was no option of BJP. Their alliance for those areas was only and only Shiv Sena so I voted for them and this is the treatment I am getting.”

I voted for Sena though I support BJP. But I was ‘forced’ to vote due to their alliance: Kangana Ranaut (@KanganaTeam), Actor tells Navika Kumar on #FranklySpeakingWithKangana. pic.twitter.com/XlFh0ngmxI

#Mumbai: Actor Kangana Ranaut after casting her vote at a polling booth in Khar. #LokSabhaElections2019 pic.twitter.com/L4nXhMbyvj

I see some factual error here. @KanganaTeam says she ws forcd to vote for Shivsena. As per @CEO_Maharashtra data, @KanganaTeam is a voter of Bandra west seat. Ashish Shelar of BJP was Sena-BJP candidate here in 2019. In Loksabha agn Poonam Mahajan of the BJP fought n won. https://t.co/to48IJgUtD pic.twitter.com/56OrytAWyd

Facts:
She votes in Khar’s BPM school. That’s whr her voting booth is.

U knw wht assembly const it falls under?

Kangana wrote openly threatening Sutar, 'You are wrong. Do not spread false information. I will send you a legal notice and you have to prove it in court, this trolling will cost you dearly. You have to pay the price of this naughty lie in jail. '

On Kangna's tweet, Kamlesh Sutar replied. He wrote, 'And Kangana Ranaut ji. I am a journalist, not a troll. So please do not try to threaten a journalist with 'you will find it very expensive'! Good Night!'

And @KanganaTeam ji, I'm Journalist not a troll. So pls do not try to intimidate a Journalist with 'this will cost you a lot' type threat ! Good Night ! https://t.co/9YMK6Mnq2l

However, after getting trolled and knowing the fact Ranaut deleted her tweet.