Heavy rain in the Vaishno Devi, old video from Ajmer 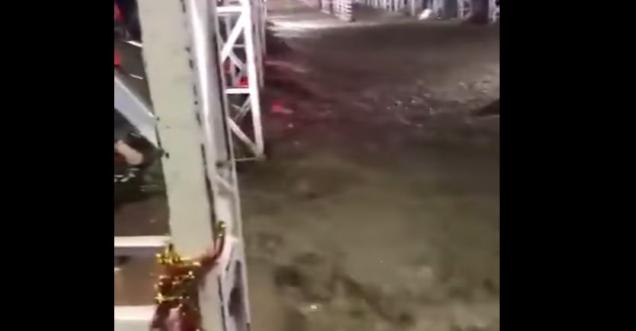 News Claim: In a viral message on social media, showing heavy rain in the name of Vaishno Devi. This 30-second video has been made through two separate clips.

News Verification: The first part of the viral video is of the rains in Ajmer two years ago, while the second part is available on the internet for two years. It is clear that the old and unrelated video is now being viral in the name of Vaishno Devi by saying that it is recent.

We found this video uploaded on several YouTube channels two years ago. A YouTube channel named News Nazar uploaded it on 1st August 2019 and told it to be from Ajmer. It was told in the video that this is a video of Dargah Bazaar.

News verdict: In the investigation of the news, the viral post in the name of rain in Vaishno Devi proved to be fake. The viral video has nothing to do with the recent rain. The first part of the video is from Ajmer, Rajasthan.