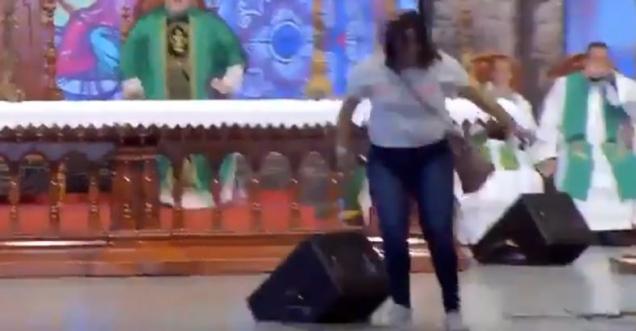 News Claim: A viral video on social media where a woman is seen pushing a priest from a stage, over a claim that the priest said, fat women, cannot go to heaven.

In Brazil a priest says "fat women cannot go to heaven!" And then

In Brazil a priest says "fat women cannot go to heaven!"
And then… pic.twitter.com/WiPWSvG4Ur

Facts Check Analysis The viral video of the women pushing the priest has gone widely viral on Social media. It has been shared by more than 30,000 users on various social media groups.

It is true that the women pushed the priest; however, we did not see any truth regarding the priest saying, “fat women won’t go to heaven.”

As reported by nydailynews, A woman ran onstage and violently shoved a famous priest during a Mass Sunday in Cachoeira Paulista, a city located 130 miles southwest of São Paulo, Brazil.

According to the police, the woman was one of the participants in the retreat. She was accompanied by a group who had traveled from Rio de Janeiro to attend. They reportedly told the police that she suffers from mental health problems.

As stated in Snopes the translated audio to text in English, “Marco Faustino, a reporter with E-Farsas.com, provided the following translation of Rossi’s speech just before he was pushed from the stage: “(…) These hands no longer belong to me. Sinners, weak, but these hands belong to Jesus, so much that the priest already acts in the person of Christ. To serve, to bless…”

Yet proving we don’t have any reasons why the Women did push the priest from the stage, but yes she did. However, the priest did not say anything as mentioned in the tweet. 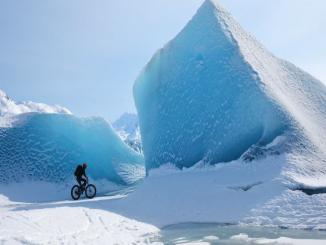 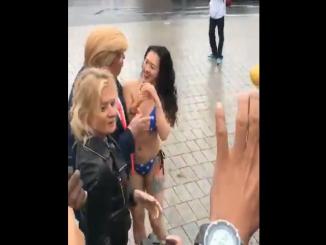