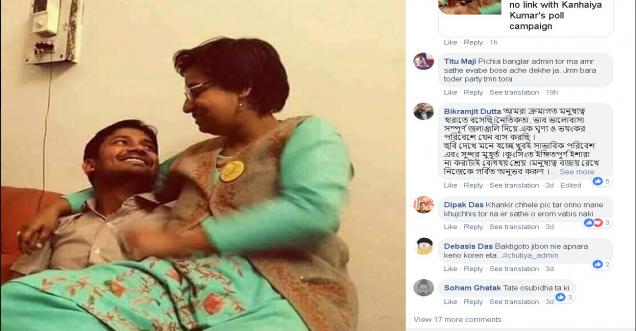 CPM candidate from Begusarai constituency Kanhaiya Kumar is busy in the election campaign with one of his JNU professors. 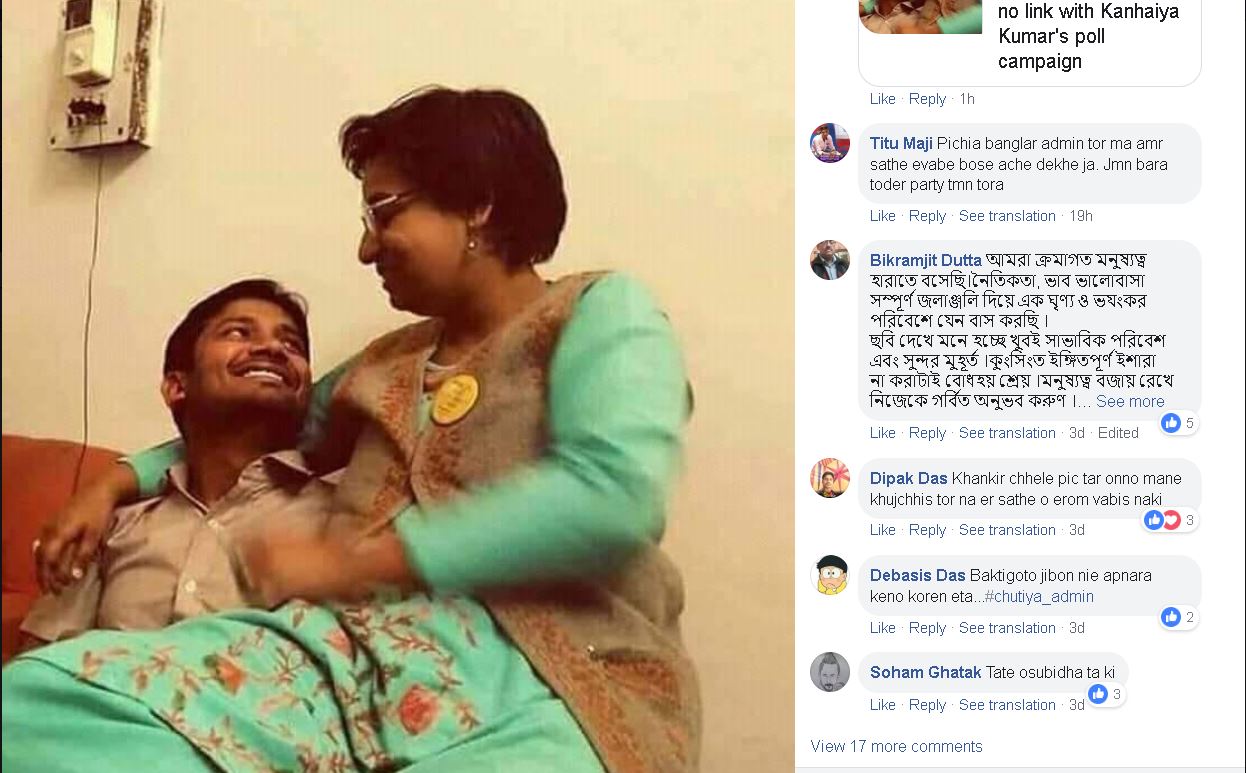 Facts Check News: A photograph of CPI's Begusarai candidate Kanhaiya Kumar, sitting next to women in an amiable gesture is going viral on social media. As per the post, Kanhaiya is sitting next to a Jawaharlal Nehru University (JNU) Professor.  Many claimed that the women in the picture is a teacher sitting on the lap of Kanhaiya.

The picture viral is not new, but quite old, it viral since 2016, on social media. The woman in the picture is of Kanhaiya Kumar's female friend Saumya Mani Tripathi, a JNU student. She is not a teacher, but a research scholar at JNU.

The women herself first shared the picture on her Facebook profile on March 5, 2016, titled “Home is where #Azaadi is! Spring has arrived in JNU. Tum kuch bhi kar lo, hum leke rahenge #Azaadi. Waiting for our two beautiful flowers umar and ban to join us soon.!” 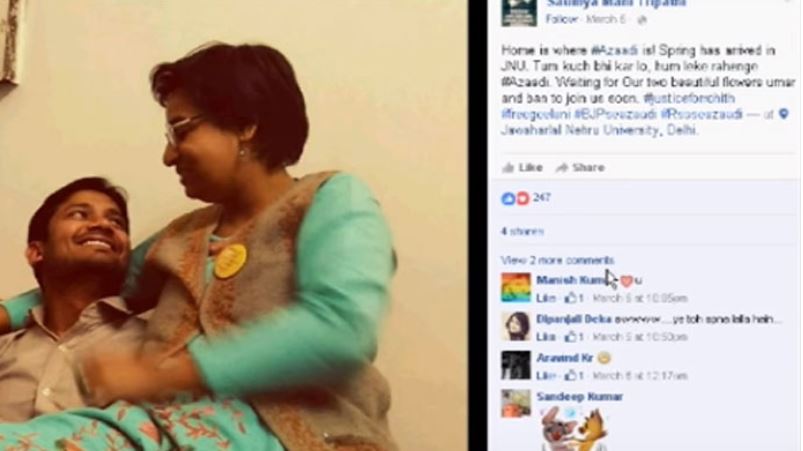 Back on March 8, 2016, Kanhaiya Kumar clarified on the viral message. A video was posted on youtube titled “JNU President Kanhaiya Kumar on the viral photo and derogatory posts shared online”.  The video was posted with message “The picture of Kanhaiya Kumar and his friend(not a teacher) that are circulating online show the Manuvaadi Patriarchal disgusting mindset of the people who will stop at any level to defame not only JNU but do a character assassination of its students to illegitimize JNU and all that it stands. We condemn this encroachment of privacy and attempt to malign JNU “

The post also says that Kanhaiya is the CPI(M) candidate from Begusarai. This is not correct, he is contesting on a CPI ticket and not CPI(M).

Therefore the claim in the viral picture is not true.