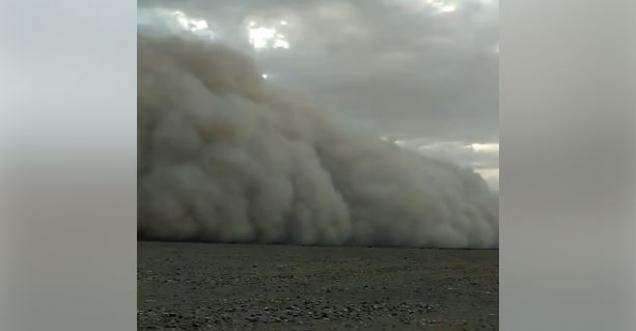 Fake news claim: An old video viral on social media claims of beautiful clouds settled on to the ground in Tibet, what you assume is not a cloud.

The clouds in Xinjiang China fell to the ground! The truck drivers are afraid to move forward(due to the water vapor in the cloud being too heavy).This natural phenomenon is very rare

The clouds in Xinjiang China fell to the ground! The truck drivers are afraid to move forward(due to the water vapor in the cloud being too heavy).This natural phenomenon is very rare pic.twitter.com/B3alndxMkG

News Verification: Thousands of users shared the video on the social media platform. This video is favorites on whatsapp these days as well.

Many users questioned as well like, what would have happened, if it was clouds and it has indeed touched the earth. However it was not a cloud.

As per article published by skandalozno, on July 2016, it is actually a sandstorm and not a cloud. The news article titled as “The intensity and fear that the Sandstorm brings is hard to imagine: WATCH THE VIDEO!”

For all of us who do not live near desert areas, it is difficult to imagine the intensity and fear that a sandstorm brings.

It may not be as scary as a tornado, but they can be massive. As proof, just watch this video.

It features a crew driving a huge truck somewhere in China (somewhere around the Gobi Desert). They were transporting huge machinery when they encountered a desert storm . Instead of going through it or turning around, they stopped, got out of the truck and made a video!

Multiple similar videos can be found from China.

Wall of sand as high as 100 meters roars through Inner Mongolia Monday for over 40 min; visibility less than 10 m pic.twitter.com/zUNxWxIBIG 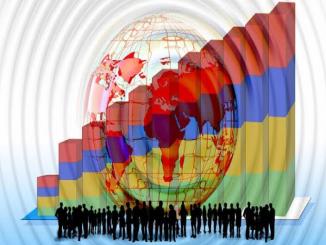 Most dangerous places to live, 2019, absurd to put India in the list 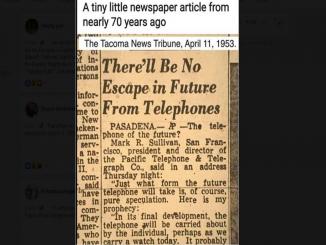 1953, There'll Be No Escape in Future From Telephones