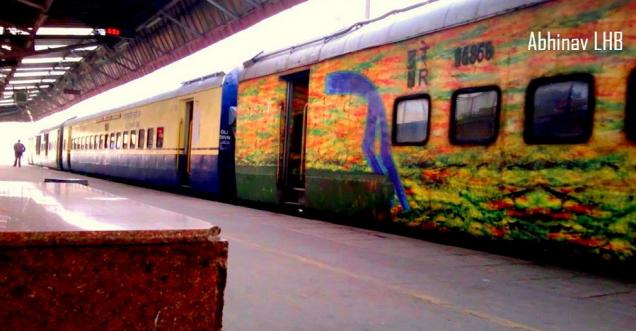 New Delhi: Post GST implementation on 1st July, the Railways is also going to change their rules. This is going to give a lot of benefit to travelers. The way the railway is going to change the rules, it seems that it will make the passengers enjoy the journey more than before. The new rule is going make easy to get tickets and get rid of troubles. Now you will get the tickets confirmed and it will be easy to refund tickets as well. After July 1, railway is bringing many lots of benefits to the passengers.

Good news for those who cancel instant tickets

Upon canceling the Tatkal ticket, currently you did not get even Rs 1. But after canceling the ticket after July 1, you will get a refund of 50% of your money. It is not good news. However, the Railways will be charge the cancellation charge at AC, 100 for one AC 2, 90 rupees on AC-3 and a tariff of 60 Rs at a sleeper class.

Not only this, if the train was canceled, the e-ticket holders had to fill the ticket deposit form for the refund. But now direct money will come in your account. Apart from this, you can cancel the RAC ticket half an hour before the train has left the railway station.

Tickets Now In Many Languages

Currently Railway tickets were available only in English language. Now the Railways is going to make changes in this as well. From July 1 several other languages are going to be included in the railway tickets, this will make the passengers more comfortable with their railway tickets. This will facilitate travelers to understand. To avail this you will have to choose your favorite language only when booking your tickets.

Coaches to be increased in the Rajdhani and Shatabdi trains

Not only this, the railway is going to arrange paperless tickets soon. First of all it will be started from the Rajdhani and Shatabdi trains. From July, tickets for these trains will be sent to the railway via mobile and email.

This news can be bad for those people who make late reservations. Yes, now Railway is going to end the waiting list. Now the Railways will give the same number of ticket as the seat will be confirmed and the RAC will be allocated. That is, all tickets will be available in all trains now. The hassle of waiting list will end.

There is also a facility for tickets at concessional rates under various types of quota in the Railways. But from July, the benefit of this facility will be available only to those who have Aadhar card. Tickets purchased online or offline, you will have to provide a Aadhar number.

Railway will wake up at the station

Railways have now started such a facility. So that passengers can get VIP service. Now the railway will wake you when the destination station arrives. You will be required to get the backup call Destination Alert facility activated on your PNR by calling 139. The Railways is going to give you wakeup call before reaching a station and this call will not stop until you pick the call. Before the station arrives, the mobile ring will ring and will continue to ring until you receive the phone.

Overall, the Railways have now taken this decision keeping in mind the problems of the passengers and these rules will be implemented along with the GST. Now one can say that the journey of the passengers in the train is going to be truly magnificent and the Indian Railway is really improving in the last couple of years.