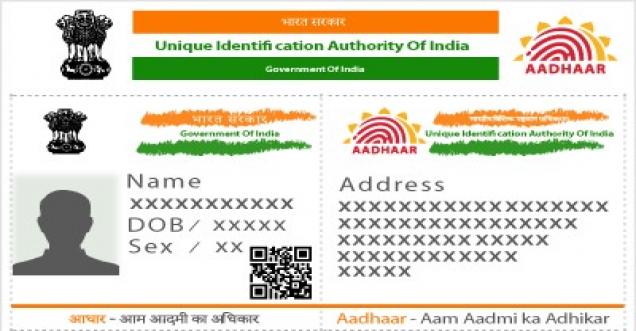 New Delhi: There is good news about the Aadhaar card which has become an important part of life. The government is going to make a new arrangement, under which making and updating of the Aadhar card will be done in banks itself. This facility will be available in government banks as well as private banks. These banks will provide basic services only to their customers.

Well, the government has given time till 31 December to link the bank account with Aadhaar number After which accounts after which the accounts which are not linked with the Aadhaar will be closed.

According to officials, most of the banks have made online access to link the account from the Aadhaar, but there are still a large number of people, whose Aadhaar is not updated. Someone has to change the address so someone has to update the photo. Regarding this, the rule is being made that all banks have to facilitate the formation or updation of Aadhar cards in their premises.

According to the reports, UIDAI will issue orders soon. It is believed that this facility will be given in one of the five or six branches of the same bank as it is difficult for the bank to make this arrangement in every branch. Customers will be informed about this and can be sent to the concerned branch.