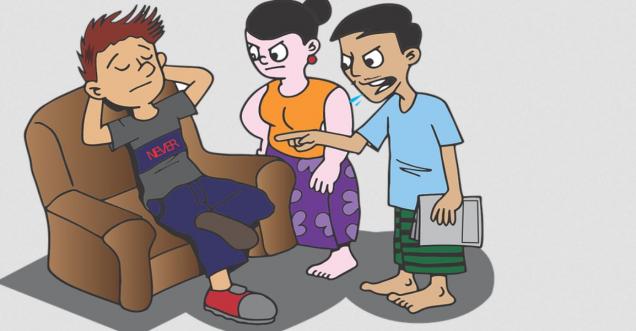 Man’s world: Just like women man are also emotional, they like being loved and complainant ship of the other persons. However men often have deep secret which they never bring out. A men is little lazy and always like to stick to the TV is not correct always, which many women might think

Ayupp.com brings you the list of men’s secret which many people would definitely agree and some may not.

1. Men often like doing just nothing, indeed this is the hobby

If you ask this question to many men this question. Hey what are you doing? Then be ready to get the answer, I am doing nothing. Men often want to just be in him, he likes to do of his own. May be watching TV, playing games on the computer, walking. He  just don’t want to be bothered by any one.

Indeed many a times a men do not care much of the things, like what he is wearing, what he is eating and so on. Suppose for example the men’s is a wearing a cloth. Where the pant and shirt do not match. Chances are that he would not care. Even If he is going for a date with a beautiful girl, then he might go without well planned and well dressed.

Men do not think of the trifle items, if they want to do something they will simply do it.

There is a common saying that men do not feel pain, however this might not be actually true. Men is projected as a hero in most of the time, yet men is also fragile, he also can get pain.

However a men behaves as the society would like to see him. He behaves like he does not feel much pain or sorrow. Indeed inside he as well gets pain.

4. They look after almost every passing lady.

You won’t believe but this is the fact, a man will often stare almost most of the women who passes by. Indeed he often knows whom to see. He will make the determination in a very shor span of time evaluating which the prettiest lady is passing next to him. It’s in the men’s nature, and it can’t be avoided.

All Men need emotional support and he definitely like getting the support from his other half.  A men is often busy in his hectic life and getting a emotional,  financial and any other support from the female counter part is definitely helpful to him.