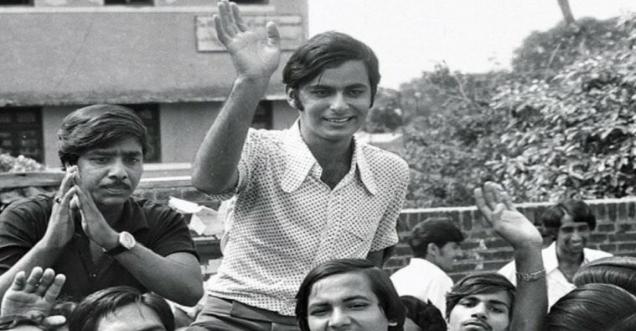 Some people were hard on the death of Arun Jaitley, it is shame

India: Arun Jaitley passed away on Saturday, the BJP’s leader and former Finance minister passed away peacefully in the AIIMS. He had a life filled with achievements and the nation is mourning his demise.

However many on the social media have rushed to take out their negative feelings and thoughts which no one would understand, they are as if enjoying his death.

Arun Jaitley may be right and wrong for many people, but this cannot be the right time to show your emotions.

Baba Glocal called Arun Jaitley a ‘piece of shit’ and said he had no sympathies with ‘Hindu supremacist neo-Nazi flag bearers’.

You mourn & sympathize, while I sit & wonder how a piece of shit rose to such great heights, sat at lit fests among “intellectuals” and basically defended every criminal fascist act of the BJP without blinking an eye, in top notch Queen’s English. Got applauded too. #ArunJaitley

You forgot the corruption. He is not even a good Nazi. Just pure evil.

Swain, who describes himself as Professor of Peace and Conflict Research, another user described as “Not only crocodiles, those who shed their crocodile tears are also dangerous!”

All is not well in #Kashmir as Modi's media projects it! https://t.co/hkMiGlEnNy

Not only crocodiles, those who shed their crocodile tears are also dangerous!

No excuse. Blood on hands cannot be washed off easily. https://t.co/s5N3CI82hy

Sharp & witty are a good lawyer’s USP but Dignified is a stretch. He cast aside his better qualities while becoming a Modi-Shah clone. Seems mandatory for the cheerleading mantris. One needs reflect on how stressful is the inner caucus path that they’re succumbing in numbers https://t.co/0iAem7coYA