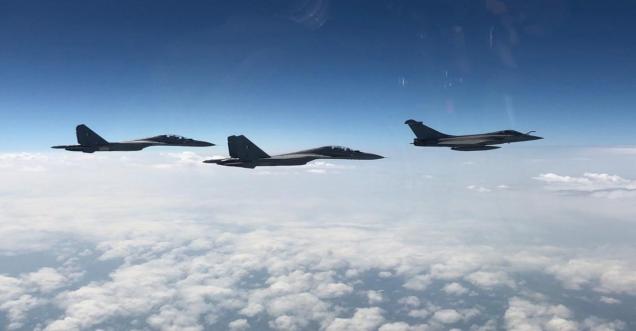 Exercise Garuda 2019, the bilateral Indo-French large force engagement (LFE) air exercise was hosted by French Air Force from 1 to 12 July 2019 at Mont-de-Marsan France and had IAF Sukhoi Su-30MKIs and French Air Force Rafales operate together in what has been the largest such exercise this year. The IAF contingent which included four Su-30MKIs of No.24 Squadron from Bareilly and supporting Il-78 air refueller and two C-17 Globemaster IIIs, return to India on 19 July 2019.  Air Marshal RKS Bhadauria, Vice Chief of the Air Staff visited France during the exercise and also flew in a  two-seat Rafale.

To make an instant donation to ayupp.com, click on the "Donate Now" button above.
Tags Indian Air ForceRafaleSukhoi Su-30MKI