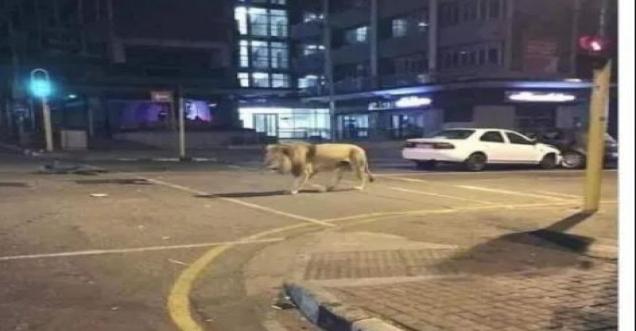 A message is going viral claiming that the Russian President Vladimir Putin has left 800 tigers and lions in Russia to stop citizen’s movement across the country.”

You stay at home for 2 weeks or you go to jail for 5years.
No middle ground.

RUSSIA: Vladimir Putin has Dropped 800 tigers and Lions all over the Country to push people to stay Home.. Stay Safe Everyone!! pic.twitter.com/vI1NSpe5TR

Facebook page Humour TV shared the image with a   caption "Vladmir Putin has dropped 800 Tigers and lions all over the country to push people to stay home."

“It’s almost old news already, but if you didn’t see it yet, here is the lion that was roaming around Johannesburg CBD in Braamies last night,” reads.

Hence, we have found the claim to be false. This picture is from Johannesburg in South Africa from 2016.