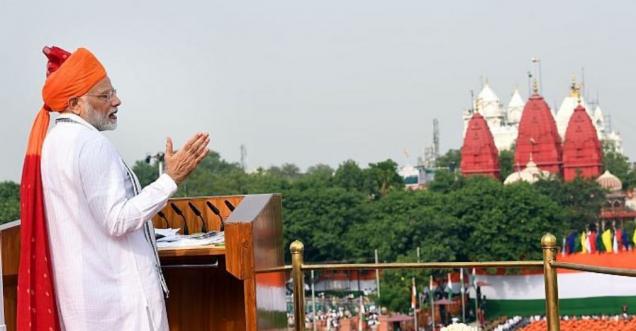 Brief Outline: The Prime Minister Narendra Modi, quoting the WHO data said that because of India’s Swachh Bharat Mission, 3 lakh children have been saved. The PM was almost correct as the data given by the PM is almost correct.

Facts Check: True (However the data already is in Lakhs)

On the 72 Independence day PM Modi said, "When I had announced Swachh Bharat Mission from this Red Fort ramparts in 2014, people had mocked me saying that why I am wasting energy on it. Government has many things to do. But a WHO report come out recently, it said that lives of 3 lakh children were saved due to the Swachh Bharat Mission. Saving lives of 3 lakh children of poor families was a laudable humanitarian job."

Facts Check Analysis: Questions are being raised that did the PM jumped the gun on quoting World Health Organisation (WHO) data to highlight the success of Swachh Bharat Mission.

The Press Information Bureau (PIB) Government of India published a release on 3rd August 2018, titled “WHO lauds India’s Commitment to Accelerated Sanitation Coverage”, where it said that WHO lauds India’s commitment to accelerated coverage of safe sanitation services which, assuming 100% coverage is achieved by October 2019, could avert up to 300 000 deaths due to diarrheal disease and protein-energy malnutrition (PEM) since the country launched the Swachh Bharat Mission in 2014. Clearly the statement is given that if the target is achieved then this could avert upto 300000 death. So if the PM is quoting this data, than based on the figures it is not wrong to claim that India has done a tremendous progress in the sanitation programme.

The World Health Organization (WHO) also published the same report, as per the WHO key findings it said,

Due to @swachhbharat mission, lakhs of children can lead healthier lives. Even the @WHO has lauded the movement. #MahatmaGandhi led the Satyagrahis to freedom. Today, the Swachhagrahis have to ensure a #SwachhBharat: PM @narendramodi #IndependenceDayIndia pic.twitter.com/DvJuZyb1VD

Due to Swachh Bharat mission, lakhs of children can lead healthier lives. Even the @WHO has lauded the movement.

Today, the Swachhagrahis have to ensure a Swachh Bharat: PM @narendramodi

The PM was partially correct to the data given by him, he was not entirely wrong on the facts. Over the last 4 years, the Swachh Bharat Mission has made huge progress in ensuring rural households have access to toilets.