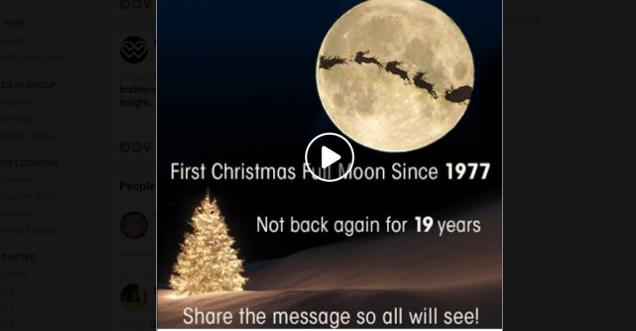 Brief Outline: Information viral on the social media claims that “First Christmas Full Moon Since 1977!”, however the truth is that “This rare event won’t happen again until 2034.”

Winter Solstice and the first Christmas Full Moon since 1977 marks our 46th anniversary. Happy Anniversary to the love of my life. Married in Kodiak Alaska on Dec 21st, 1972. Love you till the breadth runs out of me.

Facts Check Analysis: The misleading message started in December 2018 claiming that in 2018 people would be experiencing a full moon on Christmas Day for the first time since 1977. This information was true when it came earlier, but now it is outdated.

This meme first appeared, shortly before Christmas in 2015, quoted as “Here’s a special gift, making it a Christmas unlike most others”.

Not since 1977 has a full moon dawned in the skies on Christmas. But this year, a bright full moon will be an added gift for the holidays.

December’s full moon, the last of the year, is called the Full Cold Moon because it occurs during the beginning of winter. The moon’s peak this year will occur at 6:11 a.m. EST.

This rare event won’t happen again until 2034. That’s a long time to wait, so make sure to look up to the skies on Christmas Day.

Clearly as mentioned by NASA that this event would not happen until 2034, so publishing such news and sharing anything before would be considered as outdated.

Not since 1977 has a full moon dawned in the skies on Christmas. But this year, a bright full moon will be an added gift for the holidays. 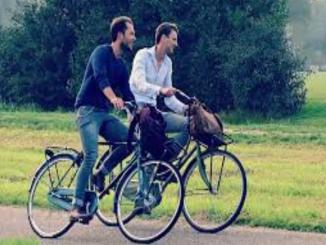 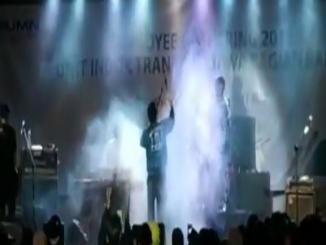