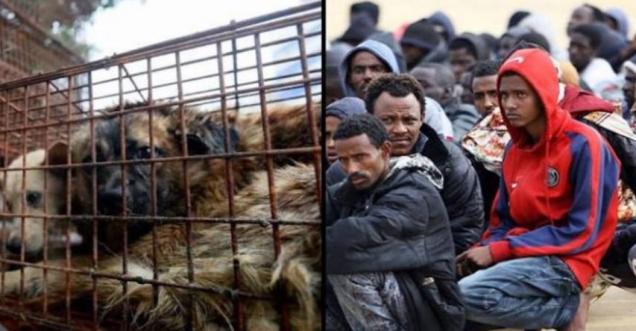 Viral Message: Italians were left horrified after a group of African immigrants attempted to barbecue local dogs at a welcome center in southern Italy.

Fact Check by Ayupp– Mixture of truth and false

Italians were left horrified after a group of African immigrants attempted to barbecue local dogs at a welcome center in southern Italy.

Officers of the Carabinieri, an Italian military police force, apprehended the immigrants after receiving a call from an employee of the center who witnessed a 29-year-old Nigerian man begin the process of roasting a dog at the center in Vibo Valentia.

Breitbart.com reports: The man had succeeded in skinning and chopping up the canine and was in the process of grilling it for himself and some friends when he was stopped by law enforcement officers. The young woman who called the police also volunteers at a pro-animal organization in the area.

Explaining to police that such a practice is “normal where we come from,” the migrant insisted that he didn’t kill the dog but had found it dead by the side of the road and had decided to grill it. He also pleaded ignorance of Italian laws forbidding eating cats and dogs.

Viral Message Verification:-  The news about “Italians were left horrified after a group of African immigrants attempted to barbecue local dogs at a welcome center in southern Italy.”,  Is from the famous satire website yournewswire.com.

This image has been used in the yournewswire is not original as well, this has been used earlier by independent.co.uk with title “Yulin Dog Meat Festival: Netizens rally in defence of event that will see 10,000 cats and dogs slaughtered”. The news was published in 17 june, 2015.

When Peter Li visited a slaughterhouse on the edge of Yulin in China’s Shaanxi province, the first thing to hit him was the mixed stench of dirty water, dog hair, blood and blow-torched skin.

Mr Li, animal activist group Humane Society International’s China specialist, had arrived at 6.30am to find that the day’s main slaughtering session was already finished. The internal organs piled on the grubby floor were evidence of this. “I saw cat and dog intestines and carcasses strung up,” he says. “Workers were blow-torching the carcasses to make them shiny and ready for shipment to restaurants. There were some dogs still alive in wire cages, but they looked exhausted, emaciated and dirty.”

Yournewswire.com also states that “Among countries of origin, Nigeria accounts for the largest single group of migrants entering Italy at present, with nearly twice as many (15.7 percent) Nigerians entering Italy during 2017 as those from Guinea, the second largest immigrant group by country of provenance (8.4 percent).”.

Breitbart has produces many other news which turned out to be fake. 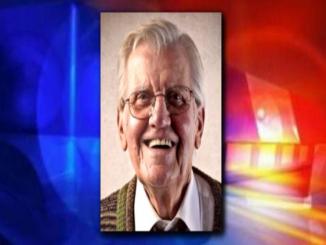 Did A Man with Alzheimer disease die, 14 flu shots in a day : Fact Check