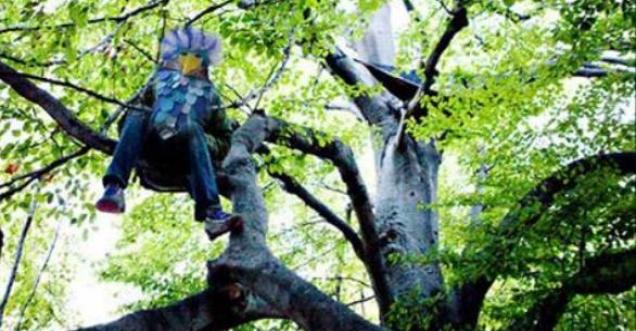 Viral Message: A man wanted to feel like a real bird, so he climbed a tree and started shitting on people. At 15:00, people started calling the emergency services, claiming that there was a man who shitted on two people.

A man wanted to feel like a real bird, so he climbed a tree and started shitting on people. At 15:00, people started calling the emergency services, claiming that there was a man who shitted on two people. Those two people wanted to beat the shit out of the man (ironically), but they couldn’t because he was at the top of the tree.

So three police officers showed up. When the police came, there were a group of young people pointing at the tree and yelling “come down you motherf*cker, you’re gonna sh¡t yourself this time”.

The police told the man to come down so they didn’t have to take him down, and after several minutes he decided to come down. They noticed he was drunk and drugged. He was arrested, but the people he shitted on are still looking for revenge.

Viral Message Verification:- Beware this story of the Man Climbs Tree Dressed As A Bird And Starts Shitting On Random People, has been shared by more than 3800 people on the social media and is creating a buzz on across all the other social media as well.

The news is not at all true and this was created by yet another satire website 8shit.net, trying to create satire website news with good sense of humor. Seeing a good number of people sharing this news information makes us belief that people have actually started feeling the news is correct.

The actual story was published on Nov, 12, 2010 titled as finding a Bed Among Central Park’s Trees, the news read as “Cory and Dana Foht have taken another route. On some 20 nights over the past two months, the Fohts, 25-year-old twins from Florida, have climbed about 25 feet up the side of a tall European beech tree in Central Park, stretched nylon hammocks between its branches, unrolled sleeping bags and, with a few acrobatic moves, squirmed into their makeshift beds.” 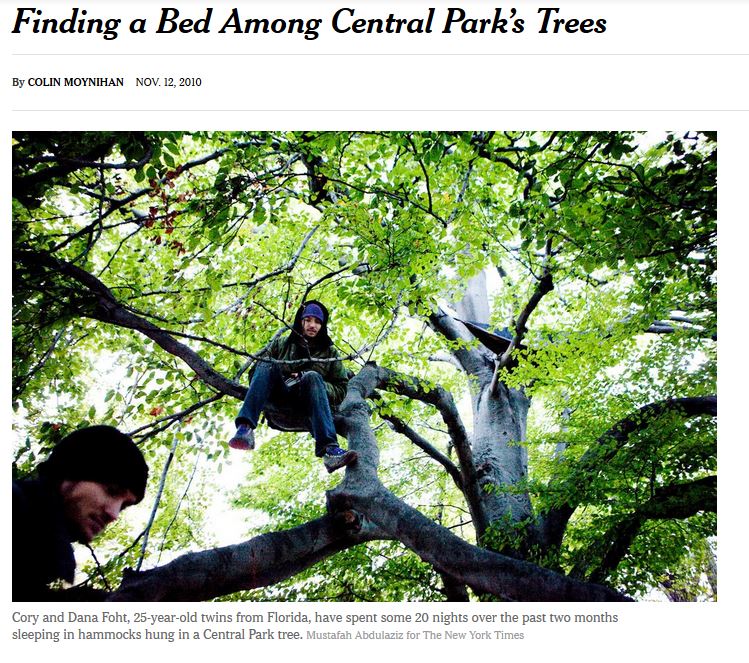 8Shit is a satire news and humor website. All its content is fiction (except those posts under the “serious” category) and shouldn’t be taken as real. All references, names and marks or institutions in this website are used as contextual elements, like in any novel or science-fiction story.