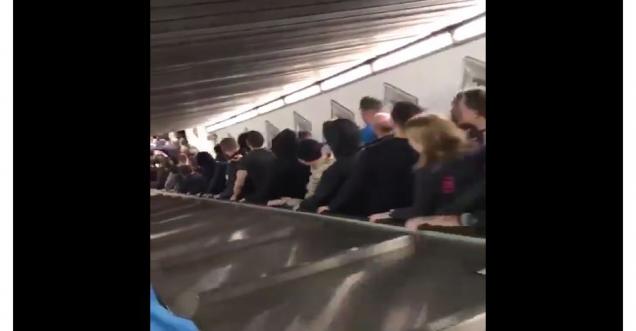 Rome, Italy: Russian football fans were injured on Tuesday as an escalator in a metro station in central Rome collapsed, the ones who seriously got hurt, suffered leg injuries after getting entangled in the escalator's mangled mechanics, Italian media added.

As per the local media reports people seemingly drunk, jumping and dancing on the escalator just before its collapse, but supporters denied this ever happened.

The Russian fans were headed for the metro that would have linked them to the train to the stadium, when the accident took place around 1730 GMT, just over an hour before the kickoff of a Champions League match between Italy's Roma and Russian club CSKA Moscow.