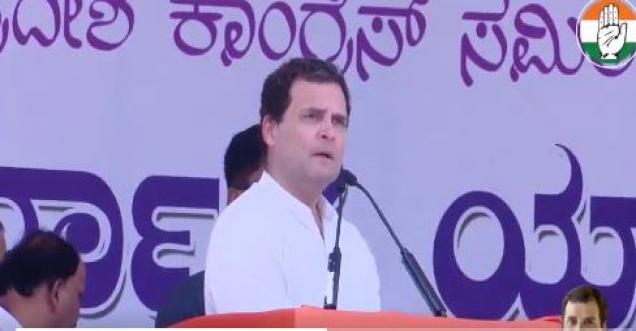 Lies and only Lies!

Viral Message Verification:-  Going by the video it is clear that the Congress Icon and the Congress President, indeed said so in a Rally in Karnataka.

This Rally was held on 3rd April 2018 when @RahulGandhi and CM @siddaramaiah address a gathering in Shivamogga.