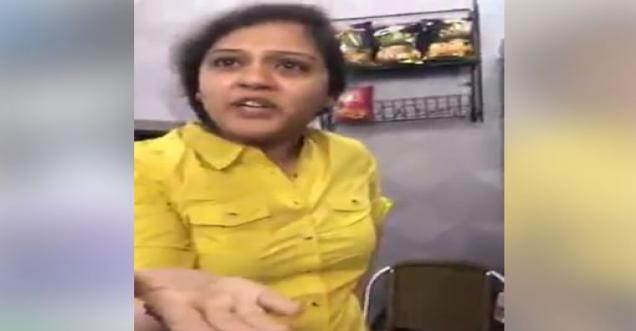 Coackroach's in Subway of Central Mall, Panjagutta, Hyderabad, must watch

India, Hyderabad: A video has surfaced online where in a customer had a bad experience in ordering a food at a Subway of Central Mall, he was served food with Cockroaches. As per the information we have the customer has filled a complaints with the police and the food safety department. One best part of the video is the men in the video are bold enough not to be bullied down by the loud women in the video. It was a big mistake from sub way staff that too she was behaving recklessly.

The video shows her behaving rudely with him and accusing him of touching her, whereas the visuals show her trying to seize his phone while he filmed the incident.

The video is of Maruganti Vamshikrishna Reddy and his daughter as can be seen in the video; he got this bad experience when he ordered food at the subway.  They ordered a cold fountain drink. When her daughter drank the drink, she released that there is something in the drinks, on removing the lid she found that that there was a cockroach.

He confronted with the staff and went inside the kitchen where he found the entire kitchen infested with cockroaches and also found the staff reusing lids and cups.

Later the outlet owner, identified as Sireesha, warned Vamshi for entering the kitchen without permission and accused Vamshi of misbehaving with her, after which Vamshi shot the video