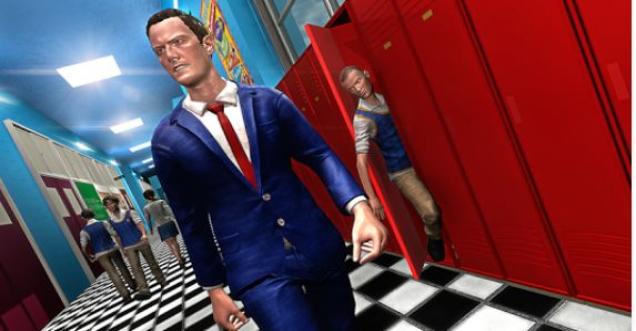 It was the Blue whale challenge quite famous for long time, it might be myth or reality yet the complete truth is still not known. However yet another task-based game called Gangster in High School, available both on Android and iOS platforms, is in news for all the wrong reasons.

To start with let us see some of the Initial questions the game puts up.

Gangster in High School is a crime adventure application for smartphones

As described in the game itself

Epic Gangster in High School crime adventure game. It is not a romantic game of high school love story. Give hard time prison escape to the High School security guards. Boby is an evil kid of house party. He strike girlfriends by flying paper ball toss in the classroom. Critically steal lunch boxes of his close friends. Boby perform survival in nights while stealing exam paper task. Win the crazy fight back with city police officers. Strike the high school girlfriends and boyfriends. Hit the teachers & dodge them. Don’t let the police car chase you till the exit point in vegas city. You are the best gangster of the city nights. Rescue the grand combat against city high school frontline security guards & student gang wings. Steal bags of close students is like real gangster in vegas city school crime. Hit them hard with your strike weapons. Run for your lifetime survival gangs.

Kill the guards wings before they kill you in incredible combat battle. Ruin the romantic love story of charming high school sweethearts fever. Can you perform amazing escape in high school as angry boy in incredible battle game. Gangster in High school is escape & run adventure game. Police fighters are ready for thieves mark on streets like fatal warrior. Sneak from angry teacher don’t let him catch you in shadow secret fear mission. Extreme assault fighting with principal like nightmare mafia hero boss. Awesome classroom fever starts in high school fever by sneaking from teacher. Its okay if you have to kill the police that edge this crazy Gangster escape mission. Make a safer exit by sneaking in the classroom halls & shadow passages. Make your super hero moves to get rid of the real frontline police security officer in one go in this Gangster in High School survival game

The game teaches all that which a normal student or any student should not do in a School, after all a school is a place to learn and not to disrupt. Though the game warning states for 18+, but still it can be downloaded by any android users. The total downloads till now is more than 17 thousands.

This all the games are on similar lines and do the same teaching of crime and serous naughtiness. We at ayupp.com feel that parents must be more vigilant to this type of games in any students mobile who are less than 18 years of age.