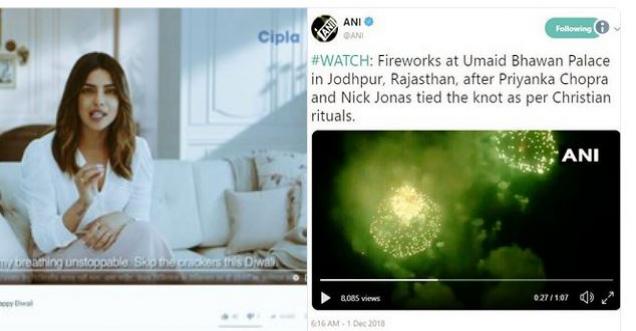 Priyanka Chopra, A UNICEF Goodwill Ambassador who has earlier rooted for cracker free Dipawali and good quality air in several campaigns, have been now trolled heavily on the social media. In a video earlier in support of crackers ban she was heard as saying that she was asthmatic and appealed to people to celebrate Diwali with “lights and laddoos and love, and not pollution”.

It can be said that what celebrities often say is not meant for them, but only for other people to follow

However, at her weeding, the Umaid Bhawan in jodhpur lit up heavy fireworks. ANI shared this video of the venue, than the people came to know about the beautiful fireworks at Umaid Bhawan Palace in Jodhpur, Rajasthan, after Priyanka Chopra and Nick Jonas tied the knot as per Christian rituals.

#WATCH: Fireworks at Umaid Bhawan Palace in Jodhpur, Rajasthan, after Priyanka Chopra and Nick Jonas tied the knot as per Christian rituals. pic.twitter.com/XpzYtGZG2G

People were said and hilarious on the social media.

These people from Bollywood are just about the living epitome of true unbridled holier than thou hypocrisy https://t.co/VAf4dT2dL4 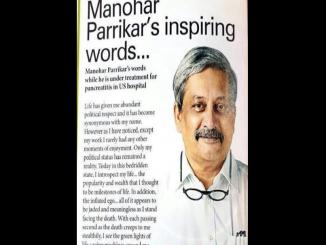