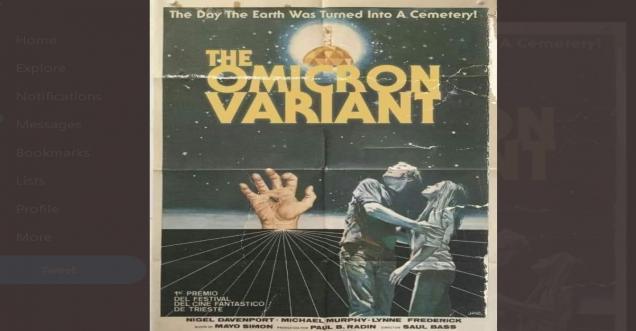 News Claim: Recently A viral post has also been shared by director Ram Gopal Varma. However, after checking the post, it was found that it is fake. It has been made by editing the poster of another film.

Viral on Social Media:  Many posts are going viral regarding the new variant of Corona, Omicron. According to a post, a film has been made about Omicron in 1963 itself. The name of the film was 'The Omicron Variant'. The poster reads, The day the earth was turned into a graveyard. It is being said that this film was released in 1963.

Believe it or faint ..This film came In 1963 ..Check the tagline 😳😳😳 pic.twitter.com/ntwCEcPMnN

News Verification: Director Ram Gopal Varma has also shared the viral post with the caption. It is written, believe it or not. This film came in 1963. Check out the tagline. Upon investigation of the viral post, it was found that this poster is of Phase IV in 1974, which has been edited. Irish director and writer Becky Cheetle created the viral poster just for fun. There is no movie called The Omicron Variant.

On Thursday, two cases of Omicron variants were reported in India. There are about 24 countries where strictness has been taken to stop Omicron. #OmicronVariant is trending on Twitter too.

A search was made on Google through some keywords and a tweet by Becky Cheetle was found. This was done on 1 December 2021. It was clearly told that the poster has been made through Photoshop. The post said not to take his joke seriously.

Hi. It's been brought to my attention that one of my posters is circulating on Spanish language Twitter as "proof" of a COVID hoax. It's just a goof because I thought Omicron Variant sounded like a 70s sci-fi movie. Please do not get sick on account of my dumb joke. Thanks https://t.co/iecwEEOVBq

The original version of the viral poster on a Spanish website where it is sold for 1,200 Euros.

Even after searching through Google's reverse image, the original copy of the viral poster was found on a Spanish website. The title of the film is written in Spanish as SUCESOS EN LA IV FASE and not the Omicron variant.

On checking the viral picture, it was found that the poster is fake. No movie has been made under the name Omicron. A search on IMDb revealed that there are definitely two movies with the same name. The first one is called Omicron which was released in 1963. While the other is a 2013 film called The Visitor from Planet O'Micron. Although both the films are not related to any epidemic. 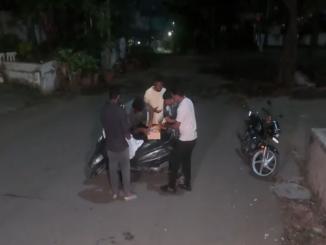