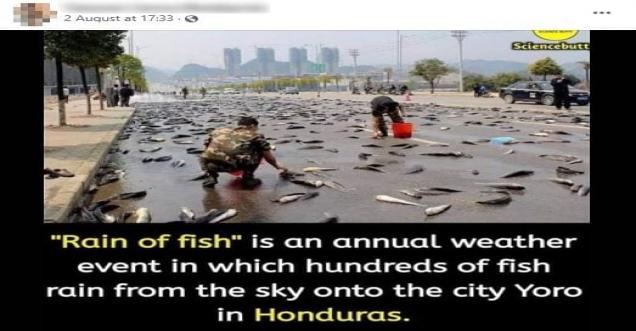 News Claim: A message claimed by many on social media that a city Yoro in Honduras, receive Rain of fish every year.

I think he is trying to catch fish 🐠 which falls from sky... May be he is from Honduras. Residents of Yoro in Honduras experience Fish rain at least once or twice a year. 😀😀😀

Whether miraculous or not, there is something going on in Yoro, Honduras. Annually now for more than 100 years, it has been raining fish.  It is something known locally as Lluvia de Pieces. In English, the Lluvia de Peces means “Rain of Fish.”

Whether miraculous or not, there is something going on in Yoro, Honduras. Annually now for more than 100 years, it has been raining fish.  It is something known locally as Lluvia de Peces. In English, the Lluvia de Peces means “Rain of Fish.” https://t.co/jpfV3DYhQL 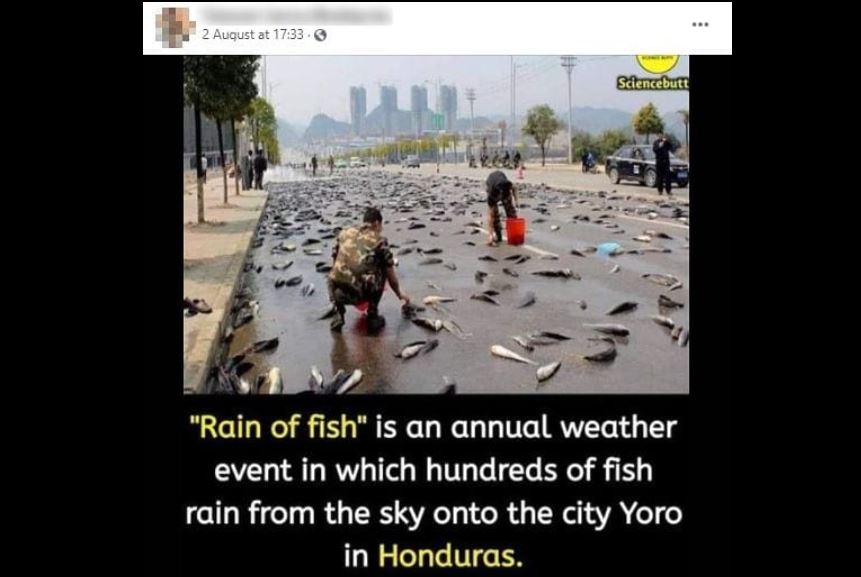 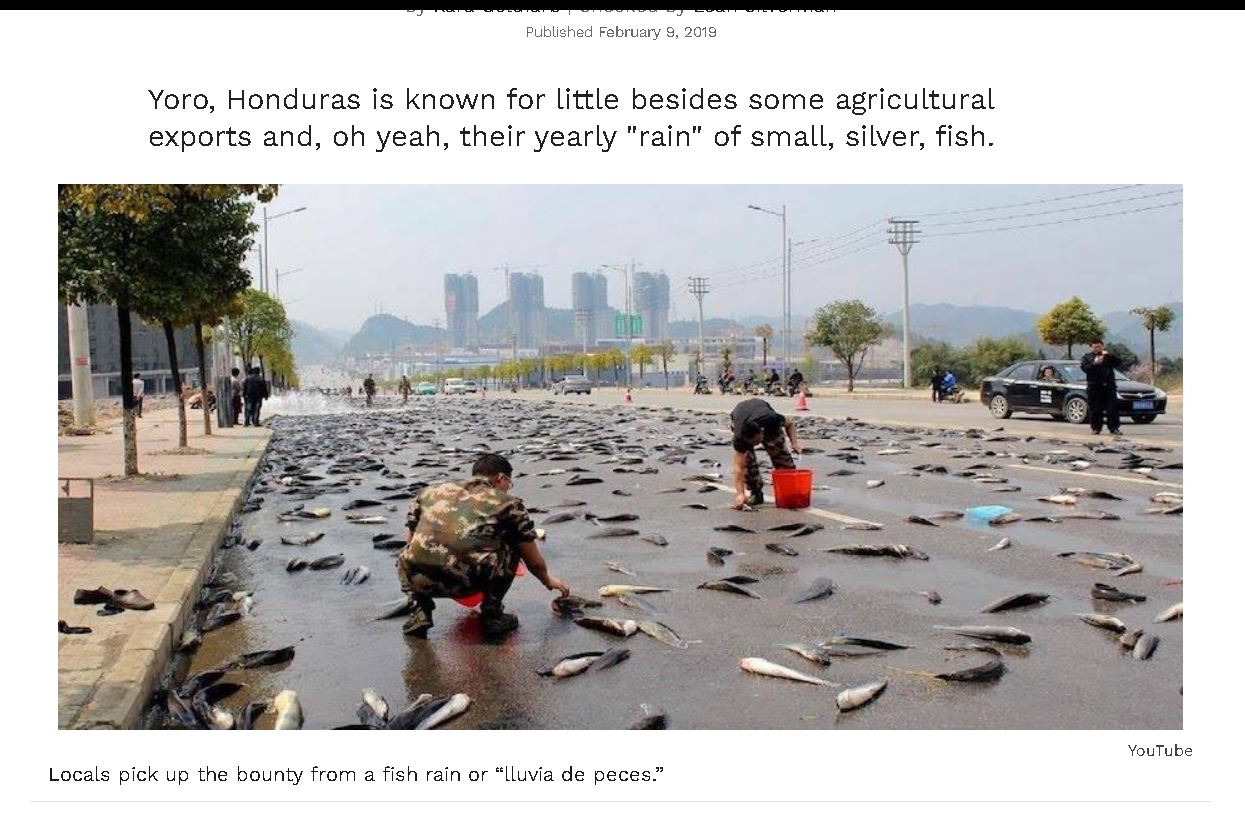 Honduras 🇭🇳 is full of surprises. How mystic and colorful is my country. There is a rain of fish from the sky after the rain, which is called “lluvia of fish” in Yoro. It has been held annually between May and June for more than 100 years. #life #ParticipateLrng pic.twitter.com/ETN9JdsoOz

News Verification: The information shared on social media is not true. Going back to the first claim, the photo shared above is from #China and not Honduras. The door of a truck carrying 6,800 kgs of #catfish was accidentally opened on a street in Kaili, Guizhou province in China in 2015.

As per the Firstpost article, published on March 20, 2015, People pick up catfish which have fallen from a truck on a street in Kaili, Guizhou province on 18 March. The door of a truck carrying 6800 kgs (14,991 lbs) of catfish was opened by accident as it travelled along a street in Kaili on Wednesday. REUTERS 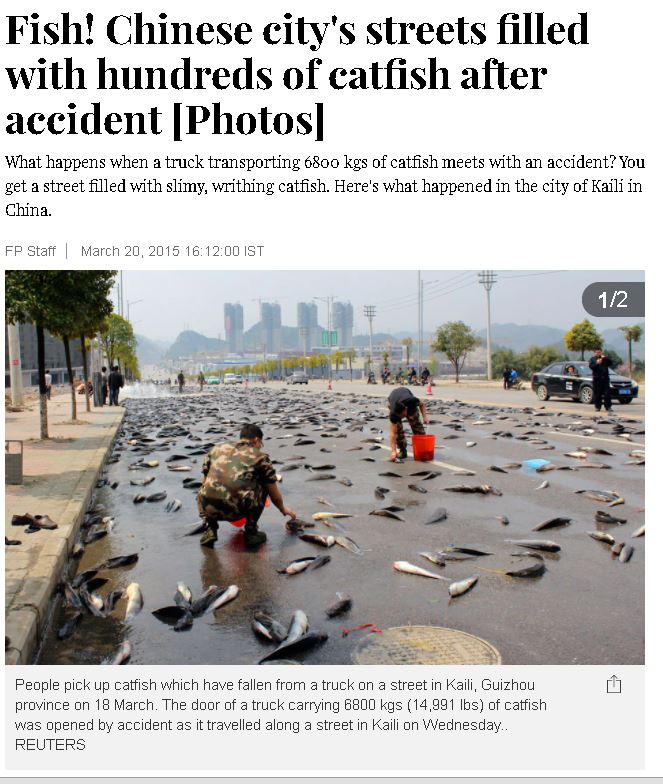 Another article from the time, claimed the same information, “When the door of a delivery truck in the southern Chinese province of Guizhou swung open, 15,000 lb. (6,800 kg) of catfish came spilling out, covering the road in a flopping, scaly mess.” 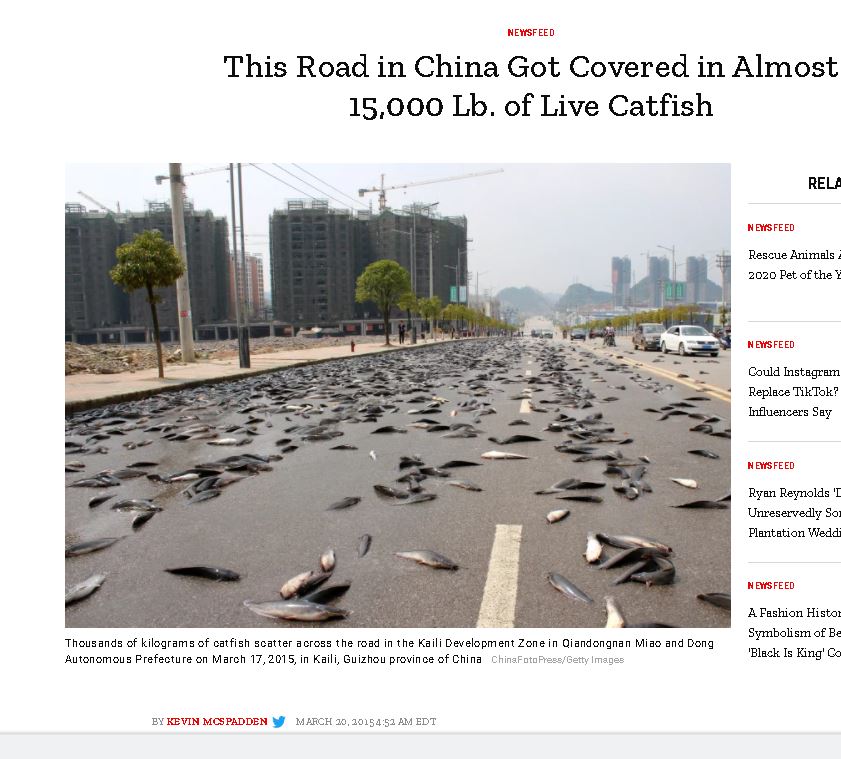 Therefore it is true that Yoro, Honduras receives fish rain every year, however, the image viral in social media is not true.

Do Fish Rain from Sky

Yes. it is a rare phenomenon, however, there are numerous instances of fish falling down from the skies. As per the Times of India article, Residents of Yoro in Honduras experience this at least once or twice a year. What’s more interesting is the fact that Yoro is actually miles away from the ocean.

As per jagranjosh, Many scientists have done a lot of research on this, according to which it is discovered that such incidents occurred due to waterspout or tornado. When a tornado crosses the sea or ocean, then it gets converted into a severe storm of water. Fishes present on the surface of the water, or fish near the sea, even frogs, turtles, and crabs are drawn with the wind itself above the sky.

News verdict: We did not find any verifiable link for fish rain from Honduras, to confirm the fish rain.

This Road in China Got Covered in Almost 15,000 Lb. of Live Catfish

Do you know the reason behind the fish rain?