A tweets about Nupur Sharma's support are going viral on social media. It is being claimed in these viral tweets that 34 countries including France, Israel, Netherlands and Russia have come out in support of India. 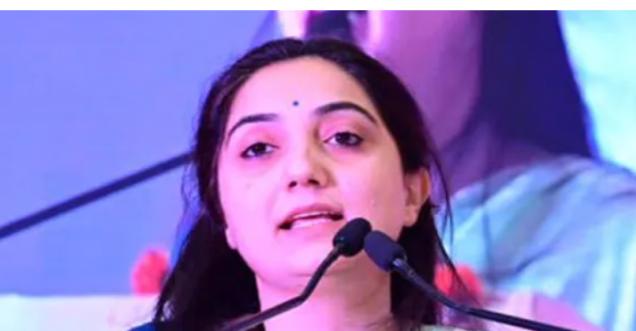 News Claim: Controversial remarks made by former BJP spokesperson Nupur Sharma about Prophet Mohammad are being criticized all over the world. Meanwhile, many tweets about Nupur Sharma's support are going viral on social media. It is being claimed in these viral tweets that 34 countries including France, Israel, Netherlands and Russia have come out in support of India, taking Nupur's side amid tensions with Muslim countries.On Twitter, a user named Sambhrant Joshi tweeted that 34 countries including Russia, Netherlands, France, Israel supported Nupur Sharma and India.

Along with this, he has also shared a screen shot. In which it is written that, Netherlands MP Girt Wilders has openly supported India. He said that, it is ridiculous, Arab and Islamic countries are furious for telling the truth about the Prophet, why should India apologize? He advised her to defend Nupur Sharma.

News Verification: The Ayupp fact check team has investigated this viral claim. It has been found in the investigation that the talk of 34 countries coming out in support of India is fabricated. So far no other country has intervened in this conflict with India and Muslim countries. Dutch MP Girt Wilders is the only foreign leader to speak in favor of Nupur Sharma on this issue. We checked the website of the Indian Ministry of External Affairs and its social media handles, and we did not find any such information.Nupur Sharma and Girt Wilders, who supported India on this matter, are the opposition leaders and MPs of the Netherlands.

On June 6, through a tweet, he said that what Nupur Sharma has said about Prophet Muhammad is absolutely true. It is ridiculous that Arab and Islamic countries have become angry after hearing the truth. India does not need to apologize.After the controversial statement of Nupur Sharma, all the Muslim countries of the world had lodged a protest against the BJP leader. After which India told all the countries that it respects every religion and irresponsible statement of an ordinary person should not be considered as India's stand.

News Verdict: The talk of 34 countries coming out in support of India is fabricated.