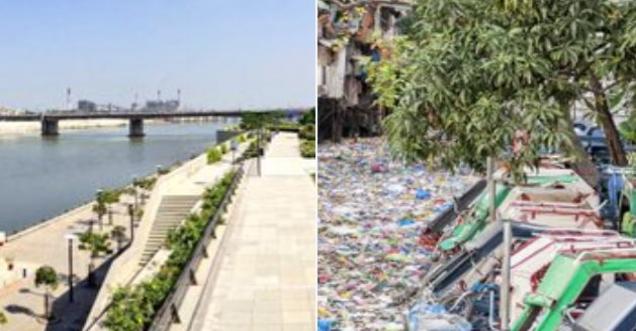 Fake News Detection:  A polluted river from the Philippines is shared to that of Mumbai and compared to another river in India.

News Verification: Ayupp fact check team found the rivers filled with garbage to be from Manila, Philippines and not from Mumbai.

Recently Brihan Mumbai Municipal Corporation (BMC) constructed an east-west connecting road bridge over the Mithi River in a record period of five months and has thrown it open for traffic.

The images have nothing to do with Indian Mithi River at Mumbai. The image was earier shared on Social media in 2019 from a Norwegian diplomat Erik Solheim

Poorer communities in the developing world bear the brunt of plastic pollution. Could a new digital payment system spark a clean-up revolution? Promising innovation in Manila, the Phillippines. 🇵🇭https://t.co/axjunn9Ued pic.twitter.com/ZmPDlfaboq

The image has been widely shared since 2008. Shutterstock published the same image quoting, “MANILA, PHILIPPINES - JANUARY 6: A river of garbage prevents the flow of water on January 6, 2008 in Manila, Philippines. Poverty and garbage disposal are major issues in the Philippines.”