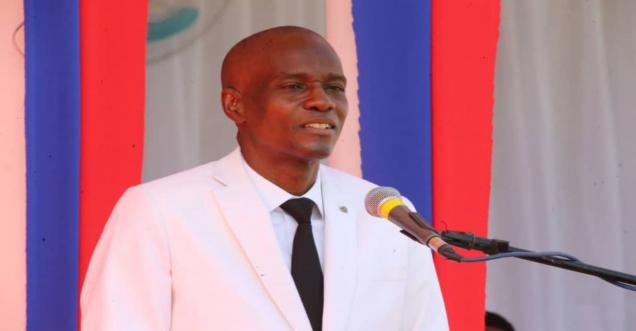 News Verification: The claim is not true.

Few local news have reported the death of Martine Moise's 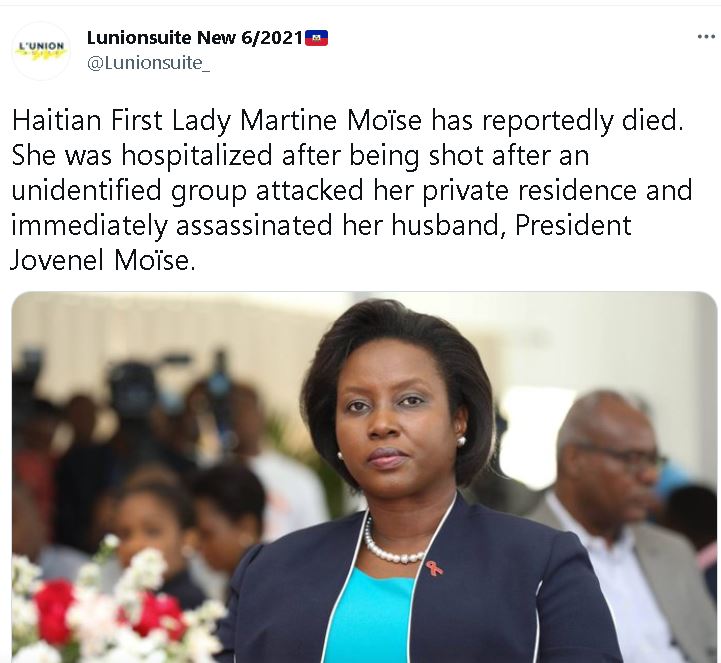 U.S. President Joe Biden denounced the killing as "heinous" and called the situation in Haiti - which lies some 700 miles (1,125 km) off the Florida coast - worrisome.

"We stand ready to assist as we continue to work for a safe and secure Haiti," he said.

What happened: Jovenel Moïse, Haiti’s 53-year-old President, was assassinated at his private residence in Port-au-Prince early on 7th July 2021, by unidentified gunmen, pushing the Caribbean nation, already battered by months-long protests, economic miseries and the COVID-19 outbreak, into further chaos.

Moïse’s is seriously injured but yet survived the attack.