A news circulating in social media about a women being paid for their participation in Shaheen Bagh protests opposing the Citizenship Amendment Act, 2019. Many twitter twitted with a comment. 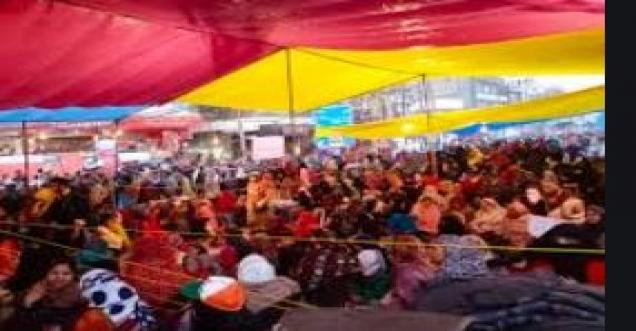 Multiple Fake news claims-: A news circulating in social media about a  women being paid for their participation in Shaheen Bagh protests opposing the Citizenship Amendment Act, 2019. Many twitter twitted with a comment.

NOT SHOCKING IF TRUE- This video purports to be of MusIim Women of #ShaheenBagh QUEUING UP & getting their PAYMENT for sitting at the Anti CAA "protest" #ShaheenBaghTruth #ShaheenBaghPaidProtest pic.twitter.com/obmkZTGJcS

Ayupp news found that the news getting viral is false. At Shaheen Bagh, women are protesting against CAA since 15th December 2019. But, the video in the post is found to exist on the internet at least since 2017.

Chennai-based activist Chandra Mohan  reported that a man showing in a video is Shahzad Malik: “He is the one you saw in the video distributing cash. Mr Malik. Chandra Mohan claimed that Malik provided ration to victims but it was eventually exhausted due to the large number of victims. “This man has a big heart. He gave Rs 70,000 of his own money. He gave Rs 500 to each person…People who cannot see good in anything, because they can’t do good, they spread lies,” said Chandra Mohan.

According to Mr. Mallik “I have a business of car polish. There are a lot of people here who lost their homes in the fire. Some ration was arranged from outside to be distributed to these people but there were some 100-150 women who had nothing. Some of them also had children. I could not see their plight. I went home, got money and distributed Rs 500 each. Now someone has shot the video and circulated it with a false claim. This video was shot on February 28. Only 30 seconds have been put out on social media. My video is of 3 minutes and I am also saying in the video that only the neediest should take help. But they have edited this out,” he informed.

According to our sources  the video has no connection with the ongoing protests at Shaheen Bagh. It is a fake news.