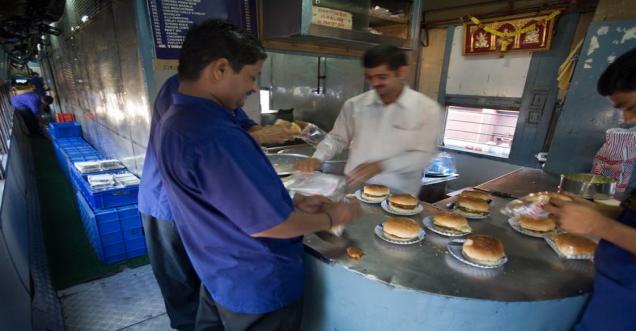 Provision of catering services to its passengers having diverse tastes and choices, on such a large scale, is an onerous task.  There have been challenges to improve the catering services over Indian Railways and for the last three years not only an in-depth analysis has been undertaken to identify the root causes but also structural reforms have been initiated to solve the problem institutionally. The in depth analysis revealed that unless the current policy was changed and contract frameworks completely overhauled, things would not change permanently.

It was also realised that unless the quality of food at source is not controlled, onboard quality would not change. Hence Hon'ble Minister announced unbundling of Food production and Food disbursement through a revamped New Catering Policy. Under this policy, ultra modern kitchens ranging from mega to nano with partnership of private sector would be established which would use the most hygienic and latest equipment for food preparation. Hon’ble Minister in his first budget speech, had also announced the launch of E Catering services on train, which would allow passengers to order food from the brands of their choice. Now you can order Pizzas or Burgers or even Dal Makhani on train. Interestingly such a service is not available in many railways of the developed world. Hon'ble MR also instituted a Zero Tolerance policy towards catering. In the last six months itself, we have terminated 7 contracts, blacklisted 16 contractors, taken action against 21 officers and imposed fines in excess of Rs 4.5 Crores.

In order to achieve the objective of improving quality of catering services in Indian Railways various steps have been undertaken in recent years. Here is a brief summary of the initiatives.

New Catering Policy has been issued on 27th February 2017 with the objective to provide quality food to rail passengers by unbundling of catering services on trains. IRCTC has been mandated to carry out the unbundling by creating a distinction primarily between food preparation and food distribution. In order to upgrade quality of food preparation IRCTC will set up new kitchens and upgrade existing ones.

The salient features of the new Catering Policy 2017 are as under: -

Mobile App along with four digit (1323) all India Toll Free number has also been launched by IRCTC. Mobile app – ‘Food on Track’ is available on Android and IOS.

“75.We would like to mitigate the hardships that mothers undergo while travelling with their infants and, for this purpose, we will pilot availability of children’s menu items on trains. Further baby foods, hot milk and hot water would be made available on stations and changing boards for babies would be provided in train toilets.

Empanelment of Self Help Groups (SHGs) to provide healthy, wholesome regional cuisine at an affordable cost to the travelling public through e-catering has been initiated and 9 SHGs have been empanelled at 10 stations. The groups empanelled are as follows:

IRCTC has been asked to create an IT portal on its website for empanelling more and more SHGs across Indian for sale of catering items and handicrafts, artefacts etc.

As per New Catering Policy 2017, a Menu and Tariff Committee has been constituted with following Terms of References (TOR):

Operation of all India helpline number 138 for rail users in the moving train. A twitter handle with the address of @IRCATERING has also been established to cater to the complaints/Suggestions. Indian Railway has been providing assistance to passengers on real time basis and prompt disposal of their grievance through social media is being taken.