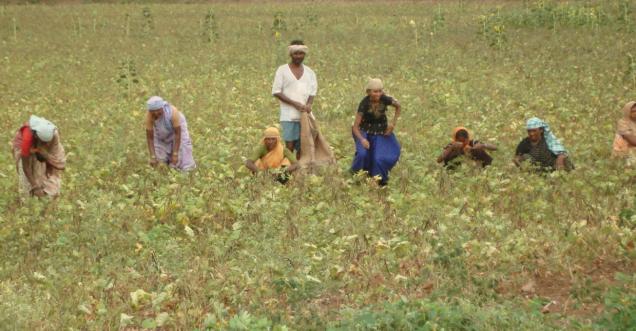 What will happen when youths sit on the road demanding government jobs? What will happen if all the people demand the guarantee of salary till a certain age and then pension after that? What if the producers of all kinds of goods ask the government for a guarantee to buy it if their product is not sold? These questions are arising in my mind regarding the ongoing farmers' movement demanding MSP. Actually, the Modi government has withdrawn three agricultural laws because of the farmers' protest in a few states. It is being told as the victory of the agitating farmers. And now they are raising the issue of making a law on Minimum Support Price (MSP). In such a situation, let us understand what is this MSP affair? The debate is going on whether it is even possible to bring MSP law at present? Is the pocket of the government big enough that it can take such a big decision? Will bringing MSP Act really benefit the farmers and improve their condition? If not, what should be done so that there will be a big change in the condition of the farmers? We have also spoken to Anil Ghanvat regarding these issues. He was a member of the committee set up by the Supreme Court to review the new agricultural laws.

First of all, understand that what is this MSP policy?

MSP means minimum support price. Minimum Support Price. A list of 23 crops has been prepared by the government. The government fixes a minimum price for the purchase of these crops. For example, for ordinary paddy, the government has fixed the MSP of Rs 1940 per quintal for the year 2020-21. Now farmers can sell their crops to the government at this price if they want.

Technically, the MSP should be a 50 per cent return over the cost of the crop. If the farmer is getting more price than the MSP in the market, then he also has the freedom to sell his grain elsewhere.

Anil Ghanwat gave the example of Dabra Mandi.  Dabra is in the Gwalior district of Madhya Pradesh, and this is the biggest market of Madhya Pradesh. Anil told that they were passing through Dabra Mandi. Then he saw a huge crowd there. Paddy was being sold there. The farmers came to know that they are getting a price of Rs 3200 to 3400 per quintal for paddy.

Which is much above the MSP. That's why they have brought their crops here. However, in many places, the crop is not sold even at MSP. According to a report in Dainik Jagran, the support price of paddy is Rs 1940. But in the markets of Patna, the capital of Bihar, the price of paddy is Rs 1200-1400 per quintal.

Here farmers sell their produce at a price much lower than the MSP. The reason is that farmers face difficulty in getting the registration done to sell the crop at MSP. And middlemen take advantage of this. They buy crops from farmers at low prices. And then become big farmers and sell the crop to the government at MSP.

Is it possible to bring MSP law or not?

With MSP becoming a law, the government will be compelled to buy the crops of the farmers. Till now he is free from this pressure because MSP is only a policy and not a law. If the farmers do not get the price of their crops even after the law comes, then they can go to court. In such a situation, MSP will be their right and the government will have to accept it.

Traders will also be compelled that if they buy farmers' crops, then at least they will have to pay MSP. Even the whole matter seems to be correct and the demand of farmer organizations is also there.

But, Anil Ghanvat, who is aware of the complexity of this matter, says that if this law is brought then the country will go bankrupt.

The question arises that how? Let's understand-

Anil Ghanwat said that after the introduction of the MSP law, traders will be compelled to buy crops at MSP. But what will happen when a crop exceeds the demand in the market? If traders do not see their profit, then they will not buy the crop. In such a situation, the government will have to buy the entire crop. For this the government needs money.

The special thing is that this demand is not only for rice or wheat. Farmers are asking for MSP for each of their crops. Be it tomato, potato or any other crop. If we see from the point of view of farmers, their demand is also justified.

The Annadata would like that he should get a guarantee of proper purchase of his produce. But, from the point of view of the government, it is impractical to do so. Or at least it is complicated. Then the country will go bankrupt, otherwise what will happen?

Anil Ghanwat said that the restrictions imposed by the government on agriculture. If she removes it, then she can make a law of MSP.

Will bringing the MSP Act really improve the condition of farmers?

There is very little scope for improvement in the condition of the farmers by simply bringing the MSP Act. As I mentioned earlier, technically the MSP should be a 50 per cent return after the cost of the total crop. But in reality, it is not so. Anil Ghanvat says that whatever the government says that we are giving 50 per cent more than the cost, but it is less than the cost of our production.

Middlemen are also a big problem. I have already told you about Bihar. In such a situation, farmers will be able to get special benefits from MSP.

What should be done to improve the condition of the farmers?

Anil Ghanvat says that due to the restrictions of the government, farmers are suffering. The government imposes stock limits as it pleases, bans exports, buys crops from outside and sells them cheap in the country, bans inter-state trade. There are many restrictions. There is no ease of doing business in the agriculture sector.

A government sword hangs over the farmers, over the traders, over everyone. Suppose someone built a godown with a capacity of thousand tons. And tomorrow the government says that no more than 10 tonnes of the crop should be kept in the godown. What will happen then? If the government has the power to impose such restrictions, then no one will invest in this sector. Reform in the agriculture sector is not possible due to uncertainties in exports.

Anil Ghanwat said that the government does not need to spend even a single rupee. Just need to give freedom of technology and freedom of the market to the farmers. The day the Prime Minister will announce that he will not impose any restrictions for at least the next 25 years. Then there will be a tremendous boom in the stock market. Big companies will come to invest in this area.

Anil Ghanvat also gave the example of cotton. He told that till Bt cotton was not recognized, we used to import cotton. But as soon as we got the permission.

We became exporters in 2 years. And now we are the largest producer of cotton. And also the world's second-largest export. Therefore, if the condition of farmers is to be improved, then there is a need to make them global.

As the government has gone back with the Agriculture bills which aimed to improve the farmer's condition, It doesn’t look like the present government is going to come up with more reforms for the farmers.