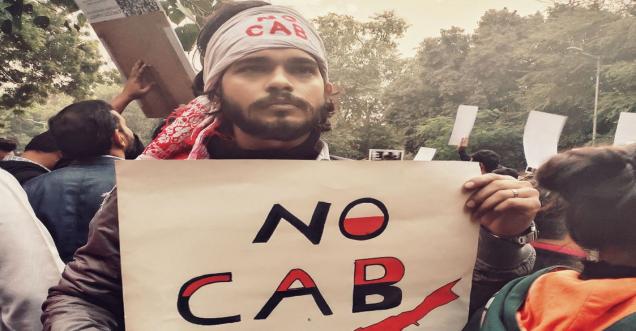 Jamia refuses to give CCTV footage to police, students and admin do not want this to happen

India, now the Jamia Millia Islamia administration has delayed the handling of the CCTV footage of incident happened on 15th Dec to the Delhi Police. While the university alleged that the Delhi Police vandalized the campus without permission, the police said that the police had to take action when it went out of control. The Jamia students who carried out violence, arson, and rioting in the name of CAA protests also stoned the police. CCTV footage will play an important role in the investigation, but the Delhi Police has not yet received CCTV footage. The incident took place on December 15.

A senior official said that an SHO of Jamia Nagar was sent to the university administration for taking CCTV footage. When the police reached there, a large number of Jamia students gathered and they opposed the police. The students refused to provide CCTV footage. However, it is not yet known why the students do not want to allow CCTV footage to the police. The question is, are they hiding anything? The SHO was forced to return empty-handed. If the Jamia students think they are correct then why they are not letting the handing of the CCTV to the police.

The CCTV recording of the December 15 incident is yet to be procured by the police#Delhihttps://t.co/3JYUvTyRkF

However, the Jamia Millia Islamia administration, in a meeting with the police, promised in writing that the CCTV recordings would be handed over to the police so that the incident could be properly investigated. Now the university administration seems to be reversing its promise. If anything happens to those recordings, the police will take further action by treating it as 'tampering with evidence', senior officials say. Chief Prosecutor of Jamia, Wasim Ahmed, advocating the university said:

Jamia Millia Islamia has asked the Ministry of Human Resources to conduct a judicial inquiry into the entire matter. Therefore, they do not want to hand over the CCTV footage to the police. The Jamia administration has also complained to the National Human Rights Commission about the matter.