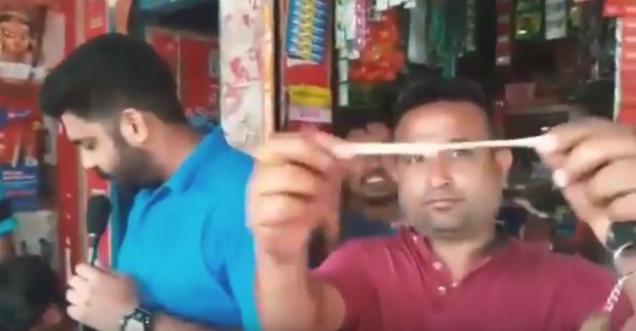 Viral Message: A video has surfaced online on the social media sites which states that plastic is present in the Aashirvaad Aata

Viral Message Verification:- The videos of the Aashirvaad aata on the social media that it contains plastic is going viral. As per the video in circulation it try’s to show that Aashirvaad Atta Contains Rubber Plastic material harmful to health.

We have been using this Aata for the last 5 years, however we have never ever doubted the brand quality, said a house wife who has been using this atta for over the years.

Aashirvaad Atta is a reputed brand of flour in India. Some people even went on to demonstrate  that it contains plastic it truly laughable. People expressed concerns the sticky rubber/plastic material can cause Cancer and other diseases in stomach that can lead to death.

Do not pay attention to videos of your blessings in plastic flour. The plastic which is being said in the video is actually a protein that is naturally occurring in every flour, according to the rules of FSSAI, it is mandatory to have this protein in every flour.

it is the number 1 flour of the country like India, we are aware of the health and safety of our customers,

The company's Facebook page is also full of rejection of viral video. According to the company, due to the brittle protein present in flour, that is, due to gluten, the dough gets well. The company claims that according to FSSAI, every flour must have at least 6 percent veet protein.

The ITC Company was referring to FSSAI, so our team reached FSSAI, the world's highest regulatory body of food products.

Here, we could talk to Associate Professor Dr. Eeram Rao in the Department of Food Technology at the University of Delhi to solve the plastic kneading knob.

But then why our dough started flowing in water then listen to the answer too. Mixing 60 percent of the flour is mixed with the visco elastic mixture.

That is, the dough does not dip well in the water because the protein contained in it becomes an elastic mixture after water comes into contact. If you melt it in water then it will not. Which you think are plastic. That is the protein of flour. You should eat the bread of flour without any fear because the company has not mixed the plastic.

See the below video for more information

As per ayupp.com investigation this is fake news. 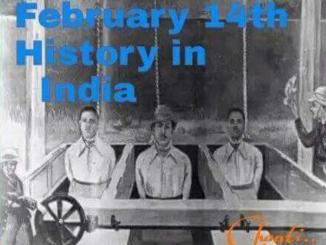 Were Bhagat Singh, Sukhdev and Rajguru Were Hanged On 14th February 1931, Fake