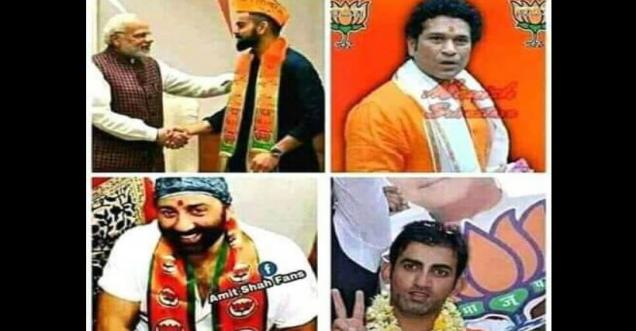 The image of Virat Kohli, Sachin Tendulkar, Gautam Gambhir and Sunny Deol joining the BJP was share by a facebook group page I Support Modi is not true. The assumption is based on the cricketors and the actor based on the dress they are wearing.

This famous personalities in the photograph, can be seen wearing either a saffron scarf or saffron-coloured clothes.

Original video of Virat Kohli in the below tweet by ANI. Virat Kohli and actress Anushka Sharma visited Modi, to invite the PM Modi to their wedding. There is no official confirmation from BJP or Virat Kohli as of him joining BJP.

The images of Sachin Tendulkar are from his visit to the Siddhivinayak temple on Tendulkar’s 42nd birthday.

Yet there is no confirmation from Sachin Tendulkar and BJP of him joining the politics and BJP.

Sunny Deol is likely to contest from the Gurdaspur Lok Sabha seat.

Same for Sunny Deol there has not been any official confirmation from his side of him joining the Active politics for any party as well.

The picture of Gautam Gambhir, is from one of the Road Shows, He campaigned for Arun Jaitley in Amritsar during the 2014 Lok Sabha elections. However there is no confirmation of him joining the politics as of now.

These celebrities have wide acceptability, respect, and credibility across the country and are regarded as leaders by all sections of society. It will certainly be a huge boost for the ruling party, if such personalities join the politics. 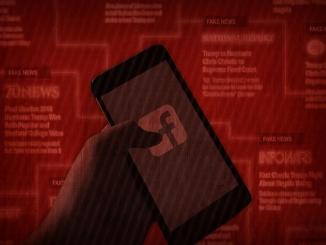