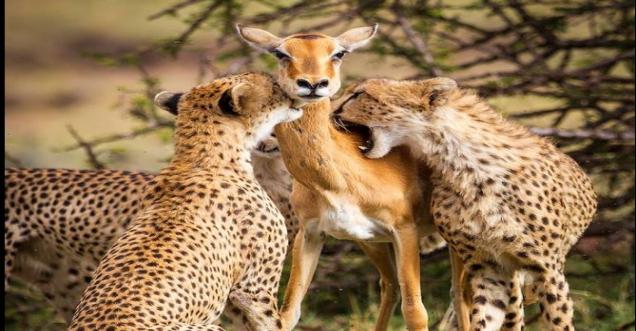 Viral Message: The Cheetahs chased a mother deer and her 2 fawns (baby deers), the mother offered herself to Cheetahs so that her kids can manage to run to safety.

This photo won the award for best photo and led the photographer into depression.

The Cheetahs chased a mother deer and her 2 fawns (baby deers), the mother could've easily outrun Cheetahs but instead she offered herself to Cheetahs so that her kids can manage to run to safety.
In the picture she is seen looking at her babies running safely as she is about to get torn into pieces...
#Mother

She is about to be torn to pieces and she doesn't look a bit hesitated, that's mother for you.

Viral Message Verification:- A viral image of a  cheetah-deer hunt and how the deer surrendered herself to the cheetah is going viral over the social media. The message tried to show how the deer sacrifice herself to save her Childs.

In the post we can see 3 cheetahs surrounding a stoic looking impala.

However this ia old picture and was clicked by well-known photographer Alison Buttigieg is in 2013. Alison Buttigieg writes feeling annoyed and the reason was the below text message in his post. He writes “My Stranglehold photo went viral with a completely ridiculous fake story accompanying it, and implications I fell into depression after I took it (seriously who comes up with this crap?!?) - not to mention the gross copyright violations. Sensationalism at its best - complete fiction so that people get more likes on their page. The photo with the fake story has been shared hundreds of thousands of times on various social media. I am getting inundated by hundreds and hundreds of messages asking me whether I am the “depressed photographer”. I have been tagged in LinkedIn with the fake story - that’s going to do wonders for my career. What a vile world we live in, full of stupid gullible people spreading #fakenews like crazy.”

I witnessed this Cheetah kill in September 2013 in the Maasai Mara, Kenya.  Narasha, the cheetah mom, was teaching her youngsters how to kill prey.  However they were a bit slow on the uptake and they were playing with the hapless Impala prey instead of killing it. Narasha, the cheetah mom is the one that is grabbing the impala by the neck in all the photos.   The youngsters practice some skills like pouncing and tripping which they get right, but they cannot seem to be able to get how to strangle the impala effectively. 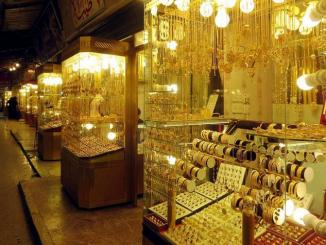 What is the 80:20 gold scheme? Did Chidambaram help Nirav Modi, Mehul Choksi