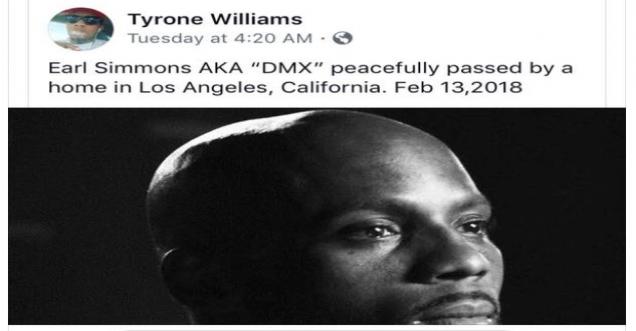 Viral Message: Earl Simmons AKA “DMX” peacefully passed by a home in Los Angeles, California. Feb 13, 2018 This is who I wanted to be like growing up!

Earl Simmons AKA “DMX” peacefully passed by a home in Los Angeles, California. Feb 13,2018 This is who I wanted to be like growing up! #BangUp

Mark Calloway aka The Undertaker peacefully passed by a home on Feb 14,2018

Mark Calloway aka The Undertaker peacefully passed by a home on Feb 14,2018 pic.twitter.com/vkohgenZZu

Many people misunderstood and thought this personalities had "passed away", causing the tweet to be retweeted over thousands of times.

The news went viral on the social media with over 57,679 shares on facebook in just a few day. The post is fake. Adding to the confusion, concerned, some DMX fans began sharing news articles which reported that he had been hospitalized after a drug overdose basically from article published in 2016 titled “DMX Dead? Rapper With Negative $10M Net Worth Nearly Dies, Found Unconscious, Not Breathing”.

The article contained “Hip-hop star DMX was rushed to the hospital on Monday night after his breath stopped temporarily. He is alleged to have suffered a drug overdose. According to TMZ, the 45-year-old hip-hop star was at the brink of death and required CPR after losing his pulse.”.

Passing by is not equal to passed away 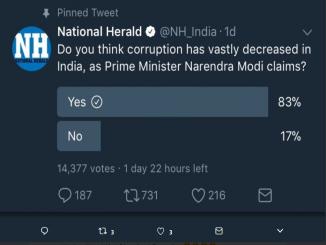