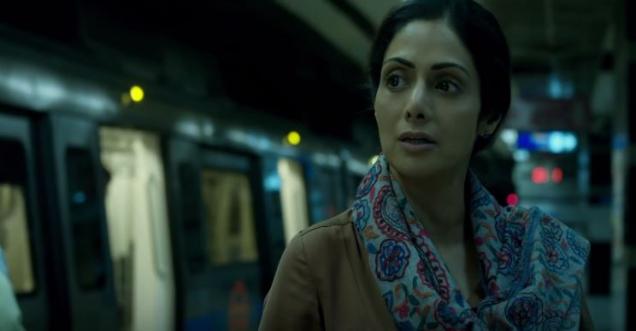 MoM Movie Review: As soon as Sridevi's name comes to our mind, many films come in front of the eyes - Mr. India, Sadma, Chaalbaaz, Lamhe, Chadani and so on the list will not end. We just get short in order to praise this amazing actress and lovely actress who ruled the movie industry in the 80s and 90s.  It is notthatshe was the number 1 actress in her time, but Sridevi's most important characteristic is that over time she molded herself quite elegantly. Flamboyance or glamorous style, she reveals every character's feelings very beautifully on the film she acted.

Sridevi is arguably different from others. When she showed the common problem of common life in English Vinglish in general, the audience accepted her. People thought that Sridevi is one of those who is struggling with English problems and Sridevi's acting was also appreciated without a Glamorous Role. Without making much make-up, she chose her own age character, the result was English Vinglish was a super hit.

And now, in her next movie 'Mom', she did not repeat herself, this time also she is in the role of mother of two children on film screen, but the theme of the movie is very sensitive. The movie 'Mom' is a revenge drama, Sridevi is a teacher in a big school in Delhi city and is living a happy life with her family. There are small problems in the house because their eldest step daughter who is not able to take her as a mother, but for this family, the mountain of troubles breaks out when some Rich people kidnap’s her daughter and rape her, the story is how a a mother take revenge on those four people?

Sridevi has played in the 'Mom' titled role, as the story of the film progresses, the pain of Sridevi and the pain of a mother will make the audience disturbed, especially in that scene when Sridevi is in the hospital to see her daughter for the first time injured with her eyes, The scene will make you feel the pain even.

However, after the interval of the film, the film gets a little over-the-top, and some scenes, especially the villains, of taking the revenge in different form is little over doge, but Sridevi's acting in the first half is flawless and compensates for the second part of the movie.

In the department of acting, this film is completely for Sridevi and she has not only played her role but also played it completely with full efforts. 100 out of 100 marks to her acting skill. Sridevi has got tremendous support from the whole cast, Pakistani actress Sajal Ali in the role of her elder daughter and Pakistani actor Adnan Siddiqui has also acted in the role of husband. Akshaye Khanna is also able to make a mark in the role of a police officer.

And finally, Nawazuddin Siddiqui who appears in the special role in the film has proved that the actor does not need a long roll to show his talent, even in small roles, Nawaz has acted strongly and is able to keep the audience is laughing and passionate. Abhimanyu Singh looks abominable and scary as a villain, who reveals that he has done justice with his character too.

There is no scope of songs in 'Mom', but then AR Rahman's music goes with the rhythm of the film. This is the first film of director Ravi Udaywar and, to a lesser extent, he keep the whole film tied up. Even showing how girls are oppression in the society and how they can be awakened in the society. The story of the film is written by Ravi Udaywar, Girish Kohli and Wakant Rao, screenplay is Girish Kohli's.

Watch the trailer if you have missed

There is also an overdose of drama in some places in the movie, but definitely worth to watch this movie of Sridevi, with the film of her husband Boney Kapoor, Sridevi has crossed the figure of 300 films, which is indeed a big achievement. Congrats to Sridevi for being a Mom with this movie and presenting a well deserved movie and still being one of the best actress in our times.