Sushmita had also announced that the trailer of Aarya will be released on June 5 and it has all the things that the audience will like. 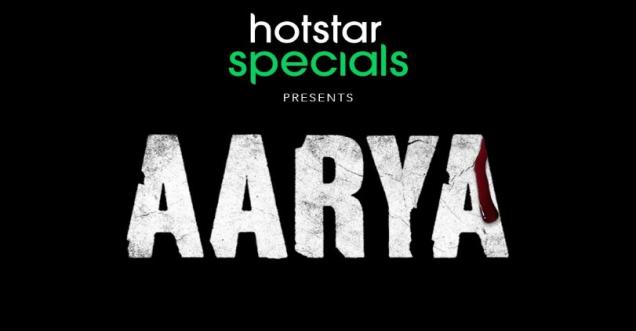 Sushmita Sen who once concurred the world with a Miss Universe crown in 1994, made Bharat proud of her achievement. People in Bharat also loved her for the movies she acted. She started with Mahesh Bhatt directed movie Dastak as a lead actress. Over time the actress kept herself away from films. She was seen making fitness videos with her boyfriend on Instagram. Finally, Sushmita is making her digital debut after almost 2 decades. In the coming days, we will see Sushmita in Ram Madhvani's web series 'Aarya'. Arya is to premiere on Disney Hotstar soon.

If you look at Sushmita's latest tweet, then we can find her very excited about her digital debut. Sushmita realizes that she is entering the same way that a newcomer does to enter Bollywood.

The director of this web series, Ram Madhwani tweeted that taking Sushmita in this series is not only the need of the hour but is the right decision in itself. Let me tell you that earlier Madhvani Sonam Kapoor has directed the star Neerja and he is one of the most capable and creative directors of the industry.

What does one do when crime runs in your blood and deceit is the family business? Hotstar Specials #Aarya trailer releases tomorrow!!! 😀❤️💃🏻#Aarya #comeback #comingsoon #HotstarspecialsAarya @DisneyplusHSVIP @OfficialRMFilms @RamKMadhvani pic.twitter.com/QKzmn20i7H

Sushmita, while replying to the tweet praising the director, wrote that Aarya has come to the ground due to her (Ram Madhwani) efforts. In this reply, Sushmita has told that she is feeling absolutely newcomer.

Significantly, Sushmita shared Aarya's first look and in this too, she can be seen working very hard. In her tweet, Sushmita had also announced that the trailer of Aarya will be released on June 5 and it has all the things that the audience will like.

During the Coronavirus times, now web series is the best way to reach its audience. Many films are now being directly released on TV web series. Sushmita knows well the current situation/

This is also because the temperament of the audience of the web series is different from the general audience; the chances of getting hit here are more and faster than the mainstream. Apart from this, if it is about money, if the artists are given a small role here, then they get good money. It has not been an exaggeration to say that the change has come about cinema, that today artists are leaving the mainstream and are switching to web series.