Doordarshan has given information on it’s a Twitter account that, the episode aired on April 16 worldwide was watched by 7.7 crore viewers, 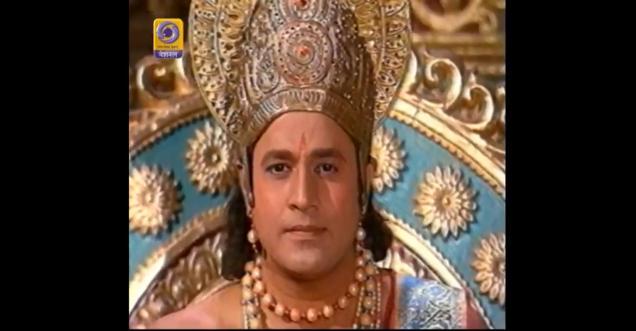 New Delhi: Ramanand Sagar's 'Ramayan' aired on Doordarshan (DD National) during lockdown has created new history as the most viewed tv program ever across the world. The DD channel topped the TRP rankings by broadcasting Ramayana, Mahabharata, and many other old programs. The Ramayana epic is being seen the most and people are taking a lot of interest in it. A recent report said that the episode of Ramayana, which aired on April 16, has been seen by most people worldwide.

Doordarshan has given information on it’s a Twitter account that, the episode aired on April 16 worldwide, was watched by 7.7 crore viewers, after which it has become the most-watched serial. This record of 16 April has set a record.

Thanks to all our viewers!!#RAMAYAN - WORLD RECORD!!
Highest Viewed Entertainment Program Globally. pic.twitter.com/n8xysaehNv

Talking about the April 16 episode, It was shown that Lakshman was hit by Meghnad Shakti arrows. In this episode, Hanuman goes to Lanka at the behest of Vibhishan and calls Vaidya and at the behest of Vaidya, Hanuman brings the whole mountain for Sanjeevani Booti. the scene of Laxman treatment was also shown on 16 April and dialogues of Ravana and Meghnad have also been shown on the 16th April episode.

Currently Uttar Ramayana, ie the life story of Love Kush is being telecasted on Doordarshan, Which people are enjoying even. Love Kush is also getting a lot of love from the audience, due to which the show has been included in the top 5. If you look at the ratings by combining urban and rural areas, then the top 3 series are Ramayana, Uttar Ramayana, and Mahabharata.