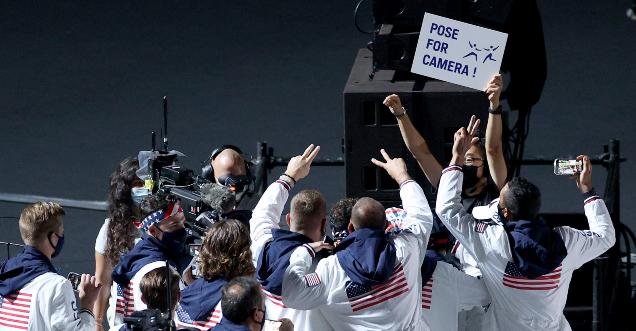 New York: Curtains have come down on the Covid-hit Tokyo Olympics 2020. Now, it is time to welcome the Tokyo Paralympics 2020 from August 24. Before that, let us tell you how much American Olympic medallists from Tokyo will receive in cash for their efforts.

In India, javelin thrower Neeraj Chopra, who won a historic gold at the Tokyo Games, has been getting cash and other rewards from various state governments. Just like India, the US too gives cash prizes to its Olympic medallists.

The rewards were announced as per “Operation Gold” launched by the USOPC in 2017.

According to Forbes.com, the total payout for Tokyo Olympics is $7.84 million. Swimmer Caeleb Dressel will be the most rewarded as he won five gold medals.

“The Americans’ top medalist of the Games was swimmer Caeleb Dressel with five—all golds—but the USOPC’s most costly line item came in baseball. While the team’s silver counted for just one medal in the official Tokyo standings, the USOPC rewards athletes equally regardless of whether they compete in an individual or team event. With 24 players on the roster each receiving $22,500, that one official medal came with a $540,000 bill,” Forbes said.

The amount received by the US medallists will not be taxed. “Since October 2016, legislation has ensured athletes will bring home 100% of their earnings, too. Congress that year nixed a so-called “victory tax” that had previously designated prize money as taxable earned income, though Olympians who report gross income of more than $1 million a year are still subject to the tax,” NBC Philadelphia website reported.