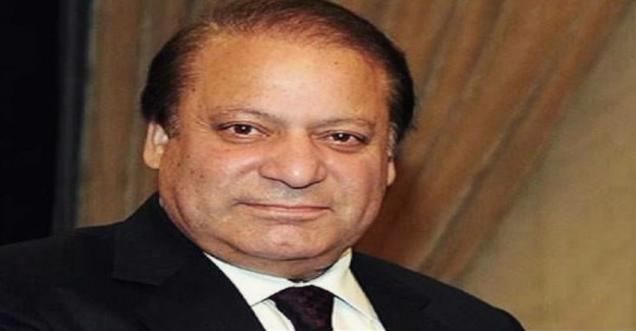 New Delhi, July 8: Pakistan's Prime Minister Nawaz Sharif on Saturday gave tributes to militant commander and terrorist Burhan Wani, saying his death "given a new spirit in the struggle for freedom" in the Valley.

Nawaz Sharif in a message on the first death anniversary of the terrorist Wani's killing said that India cannot suppress the voice in Kashmir through use of brute force.

Terrorist Burhan Wani, a commander of Hizbul Mujahideen, was killed in an encounter with Indian security forces on this day last year in 2016.

As per the Pakistan PM "The blood rendered by Burhan Muzaffar Wani has given a new spirit in the freedom movement. The Kashmiri people are steadfast to take their movement to logical conclusion," he said.

Nawaz reaffirmed Pakistan's political, diplomatic as well as moral support to the Kashmiri’s for their right to self-determination.

The Pakistani PM also emphasized the need for implementing the United Nation (UN) resolutions on Kashmir and asked India to accept their right of self-determination of Kashmiri’s.

In India earlier, Police and paramilitary personnel have been deployed in full strength across Kashmir to handle any security challenges to foil the separatists' plan to hold a rally on Saturday. They has planned rally to mark the first anniversary of the killing of slain Terrorist militant commander Burhan Wani.

There was also Curfew imposed in Tral, the native town of Wani, in Pulwama district as a precautionary measure to maintain peace in the valley.

Giving support to terrorist like Burhan Wani, the Pakistan Government has again proved that they are not more than the same terrorist.

Five reasons Why no one wants to be neighbour of China