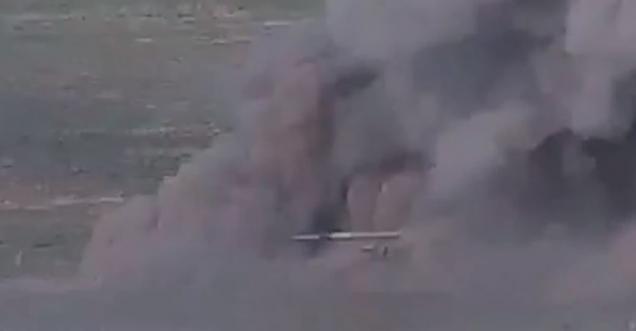 World News: In this era of the Corona crisis, while the world is facing economic recession, mutual disputes between several countries are also increasing. The news of the ongoing border dispute between India and China has been in the news in the world media. Meanwhile, a fierce war broke out between Armenia and Azerbaijan. According to information received from sources, a fight broke out between Armenia and Azerbaijan in the disputed area Nagorno Karabakh on Sunday.

There is a long-standing dispute between these two countries of the former Soviet Union over the Nagorno- Karabakh region. Azerbaijan considers the region as its own and internationally it is considered part of this country. However, after the 1994 war, the region is not under the control of Azerbaijan. The area has a heavy presence of soldiers from both sides. Spread over 4400 kilometers, most of Nagorno-Karabakh is mountainous.

Armenia has announced martial law and total military mobilization after the conflict with Azerbaijan over the Nagorno-Karabakh region. Armenian Prime Minister Nikol Pashinyan said on Sunday, "Get ready to protect the holy motherland" from citizens.

Azerbaijan's defense ministry said early on Sunday that Armenia carried out large-scale attacks against civilians and its army, and Azerbaijan carried out a retaliatory operation along the "front line". Accusing Azerbaijan's President Ilham Aliyev of killing civilians, he said that we avenge the blood of the martyrs.

President Ilham Aliyev, in his address to the nation, said that the Armenian armed forces opened fire on Azerbaijan settlements and military outposts from multiple directions, using a variety of weapons, including heavy artillery. He said, without making any specific mention of the casualties, he said, as a result of enemy firing, there have been casualties between the civilian population and our soldiers. Some people have been injured. May Allah make our martyrs sleep peacefully.

Aliyev said that in order to avenge the bloodshed of the martyrs, Azerbaijan's army continued to retaliate at Armenian military posts and said that several units of its military equipment had been destroyed. He said, "This is another expression of Armenian fascism."

The Azerbaijani leader said that in addition to the attacks, Armenia is building its illegal settlements in Azerbaijan regions. Aliyev said, "Azerbaijan defends its land, the upper Karabakh belongs to Azerbaijan."

Turkey declares to help Azerbaijan in the war with Armenia

Turkey's foreign ministry said in a statement that Armenia is taking another provocative action. "We strongly condemn the Armenian attack, which is a gross violation of international law and has caused many casualties," the statement said. With these attacks, Armenia has once again shown that it is the biggest obstacle on the road to peace and stability in the region. "

A spokesman for the Turkish Foreign Minister's Ministry, Hami Aksoy, said in the statement, "Azerbaijan will undoubtedly exercise its legitimate right to self-defense to protect its citizens and territorial integrity. In the process, Turkey's support for Azerbaijan is unbreakable. However, if Azerbaijan wants us to support them, we will do so. ” He said, "We are calling on the international community to stand together."

16 people were killed in clashes in July too

There was a clash between the two sides in July last, in which 16 people died. India then expressed concern over reports of firing on the border and appealed to both sides to maintain restraint and peace. There have been reports of firing between the troops of both countries on the Armenia and Azerbaijan border several times and the damage to both sides. India has been appealing to resolve differences through mutual negotiations.